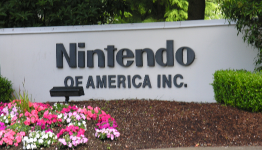 Nintendo of America is on a hiring spree, Possible expansion planned

It appears Nintendo has finally awakened and is now setting plans in motion. As someone has pointed out to me - Nintendo of America is on a hiring spree - looking for quality individuals to fill numerous job positions.

this is the right direction nintendo should go in.

They have been hiring a lot over the past month.

They hire for a reason, because they are making bigger games or more games. Wii U needs more games.

Either way, we as gamers win.

Here's a list of all their current available positions: http://www.linkedin.com/jse...

Sony's firing, Nintendo's hiring! All evens out in the end.

Does Nintendo of America have many staff to fire them? Sony has a ton of studios worldwide.

No but I'm pretty sure Sony doesn't have enough staff to fire considering they keep firing people yet they never make turn a profit from doing so.

spin it in sony's favor. thats the one skill these fanboys have on this site.

The Sony staff firing I am pretty sure had nothing to do with cutting costs. They were working on a project and it seems like it wasnt what it shouldve been and got canceled. Sony wouldnt cut an investment on a project they think was doing very well thats just silly. No publisher has more studios and has more devs then Sony does and thats a fact.

And yet not as many as Nintendo, and yet Nintendo remains profitable, and continues to expand. And that boys and girls is why they have junk rating. Ifanything has a chance to make Sony profitable again, it's the PS4.

Closed Down about 4 last year
Layoff Sony Santa Monica Studio Employees
Let go Superbot Entertainment which they got people together.

Nintendo keep studios and employees and train them and make them work harder rather than laying them off just because one game doesn't meet expectation.

even if sony had a ton of staff dos that make it right to fire them? if you were part of there staff ud be fired so fast lol

Which is why I always find it pathetic with all these Nintendo articles, claiming they should just be a software company because they are about to go under.
Nintendo is the one that can eat the Wii U, another after that and another after that before they really need to worry.
Sony is the one whose future, even with the success of the PS4, is still a bit lofty.
Multiple articles everyday bringing that point up probably wouldn't go over well on this site though.

Sadly at least 99.9% of those articles never see the light of day. They get reported in SECONDS. Only you get to see them in the failed articles section.

Sony is one company, they're not separate entities despite the fact they have different divisions, their situation's so dire they could disappear within one or two years.

but, but, but ps4 is sellin like hotcakes. pfft lol.

Lol said the exact samething on a sony article and got flamed...

The rest of the Santa Monica and irrational guys who couldn't find a job elsewhere hopefully may look into this.

Cool. I wonder what they need all those men (and women) for? Maybe something big is coming up.

Great, I am pretty sure Nintendo also hired a bunch of people last year as well. I remember one position having to do with being a graphics expert, although that was not the name of the position that is what it meant.

Good to hear. I really want Nintendo to do well and I hope a lot of good comes out of this.

If Godzilla has taught me anything, it's that you don't mess with a Japanese giant. I think we have stirred a sleeping giant and Nintendo is going to go all out. This will only benefit gamers. Or destroy our cities with fire and terror.

Made me laugh,
Great sense of humor :p

Nice. Best post on this site in a long time! Awesome!

sitting on piles of cash and not expanding their studios to produce more software for their hardware has been beyond insulting .

Increasing studios to produce more software for there hardware is why Sony fired people.

Now this is what i like to see, good job Nintendo, making some moves :D

Nintendo should hire guys who use to work for Sony & M$

I believe they have a few poeple that used to work for studios like Santa Monica and Naughty Dog. Not sure if they would actively target people like that, but they will target people with experience and skill.

There was a report a few weeks ago saying they increased their overall staff around the world from 5000 to 7000 I believe.

Shokio shut the heck upio, jk I'm glad you haven't flipflopped like some of the youtube ppl gamernate is an example of a major flipflop haha

I was hoping to see more Marketing positions.
I think it's well-known by now that poor advertisement is one of Nintendo's biggest weaknesses, yet they've only got one position up for it; the one about internet marketing.
Now, granted, that's better than nothing, but still; someone needs to get on the ball with creating ads that the public will see on TV on a very often basis, not to mention out on billboards, posters in windows, just EVERYWHERE.
Nintendo needs to go VIRAL with their advertisement efforts, especially in regards to big-name titles and titles that have had a lot of attention drawn to them for other reasons, like X from Monolith Soft, Bayonetta 2, and Hyrule Warriors, as well as advertisement for Indie games.[which, granted, they're doing via Directs, but if they REALLY want to make indies sell on the Wii U, a few posters set up in local gaming shops wouldn't hurt...]

Sony fired 1000 people. Nintendo is hiring, and refuses to fire and lower the moral.

We can see who has the right idea.