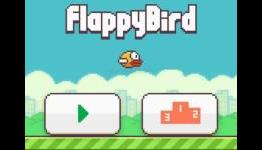 In the light of recent controversy over the takedown of Flappy Bird, which allegedly happened as a result of incessant hate-mail pertaining to the hours gamers ‘wasted’ trying to beat the incredibly difficult mechanic, I thought it would be interesting to take a look at some of the most frustrating games I’ve come across.

Someone needs to play more games. Things like Ninja Gaiden, Spelunky, Spelunker and a number of games are a bit more frustrating than most of these games.

I find the only games that get me shouting and swearing at the TV are COD games - just because how unfair they often feel. Like "no way did he just take 4 bullets in the head and still fucking knife me"

Actually I used to scream at Lara Croft back in the PS1 days, clumsy bitch.

Might as well add Vanquish to that list. Goodness that game was frustrating, mostly due to the seemingly never-ending boss fights that were all to frequent. And even worse when several bosses were lined up for you one after another with no saving in-between, and each boss had several different transformations you had to go through.

Add insult to injury is that the game saves very seldom, so if you die (easy to do if you make even the smallest mistake) you have to re-do a large chunk of the level. I think I ended up sacrificing a controller after spending 45 minuets playing a level then dying seconds before beating the frustratingly annoying boss... and I had to do it all over again (another 45 mins each time) at least 3 more times before finally beating him. I cursed the Japanese developers quite lot while playing that game, and I am surprised I stuck with it and beat it. But let me tell you, the Japanese sure know how to make a game extremely frustrating.

On Vanquish the last two Bosses are frustrating but the rest simple. And Ninja Gaiden Sigma is frustrating when you don't know how to counter attack, dash in time or block.....Plus you hv to master the Izuna drop to survive.

Upcoming Games Q1 2021, The Merits of the Soulslike Genre

This Brutal Demon's Souls Boss Has Stopped Over 400,000 Players