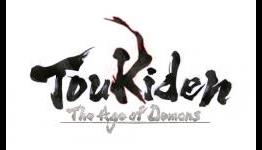 IGN:Toukiden The Age of Demons Review

It usually feels lazy to explain a game by pointing at another one, but Toukiden copies the fundamentals of its inspiration - Monster Hunter, namely - so well that the comparison is unavoidable. You slay big nasties with one of several weapon classes and make new weapons and armour out of their parts, using a green and peaceful village as a base; meanwhile, the demon design, spellcasting and Mind’s Eye special ability, which highlights weak demon-parts, all call Soul Sacrifice to mind. It’s not a clone, though. It’s simpler, and has a couple of surprising weapons classes. None of it really grabs the attention, however, and though Toukiden is perfectly competent within its narrow ambitions, it’s also roundly unexceptional.

Gotta say this review (and Jim Sterling's) highlighted a few of the worries I had about the game after playing the demo. It's something I'll pick up at some point for sure, but right now I'm glad I bought DanganRonpa instead

yeah she sounds like she just wanted a monster hunter plz judge the game on how it plays not by what its inspired by or what its trying to copy i hate these monster hunter comparison i got it for the psp never put more than 30 minutes in to it because it was so boring .... but any way i will get this for my vita in the week or so

When game A inspired by game B, some reviewer downplay it because they think: why they should play game A when game B already did it?

And now when Toukiden got it's own charm compare to Monster Hunter, some reviewer did the oposite. They want Toukiden to be 100% like Monster Hunter.

SMH, video game journalist this day is a joke -_-

EVERY review of any sort of action game from IGN needs to be taken with a massive pinch of salt. The reviewers are incredibly lazy, they simply engage in a box-ticking exercise and never bother to appraise a game on its own merits.

Hunting games such as this are now a genre, there are a set of conventions which you find in all games of this genre. To criticise one game for having elements of another is just ignorant and lazy on the part of the reviewer. They wouldn't, for example, criticise an FPS for sharing mechanics and concepts with other games of the genre would they?

Video games journalism today is a joke. They are an enemy of game designers who want to push game mechanics forward and a menace to the industry as a whole. Because of the idiot reviewers and the cancerous attitude they spread among the gaming audience, it's becoming harder and harder to sell a mechanics-led game to the gaming public. We need to get rid of these people, and the easiest way to do that is to make them irrelevant by not listening to them.

I pretty much have fun playing Toukiden: The Age of Demons.

Toukiden is a great game and I wouldn't want it to be too much like monster hunter because A: MH is a very slow paced game and B: it's not made by the same people.

Toukiden is really fun if your into action rpg's, people just love to hate.

When Ragnarok Odyssey came out it was exactly what I was looking for in a hunter game. Fast pace, combos and difficult of great boss battles, fast pace timing and consistency. Lock On System was decent nothing to complain about.

When I played Soul Sacrifice I didn't think it was as fun as Ragnarok Odyssey, because like I said I like a game with combos the game didn't really have any. But it definitely wasn't slow pace. Faster than Monster Hunter but slower than Ragnarok Odyssey. The Boss Battle where fairly challenging and the game was good for that it wanted to be. Lock On system once again decent here nothing to complain about

When I played Toukiden after one mission I found it disgustingly disappointing. I play Samurai Warriors I could tell that the Sword Weapon was a half ass Ranmaru Mori Moveset, The Chain Sickle was a half ass Hanzo Hattori Moveset, the twin daggers was a half ass Kunoichi moveset, The Spear wasn't a copy and it was an ok weapon but by then i didn't even want to play the game anymore to try out the gantlets which i heard was actually good and the I heard the bow and arrow was pretty bad. Toukiden's lock on system also bothered me as when I lock on to someone right in front of me and when I attack (the play might do a hop forward before attacking literally hoping over the locked on enemy and starts swinging behind the enemy) Lock on was terrible. Graphics we ok but I though Soul Sacrifice actually looked better. Even comparing Toukiden with itself isn't that good.

I say try the demo if you like it then good for you. But if you feel like you were unsatisfied stay away from it because it's not going to offer anymore than there is to show from the get go.

Ragnarok Odyssey Ace
Soul Sacrifice Delta
God Eater 2
Freedom Wars
There are other MH like games still coming out for the Vita don't force yourself to like something that you know deep down isn't even mediocre at best.

Demo=fun i want the real game

The review is terrible and the reviewer didn't even get far in the story.
She's absolutely garbage and should be sacked.