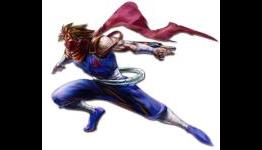 Strider Hiryu has always seemed like the Boba Fett of the Capcom universe - iconic looks, massively popular with fans, yet has never really had a chance to fully deliver on his enormous potential. Double Helix’s 2014 reboot of the flashy platform series fleshes out the 1989 coin-op original and gives it a light Metroidvania-esque layer of exploration. While its slightly unbalanced design holds it back from being a genuine classic, it nonetheless does enough right to put a swagger back in Strider’s step for the first time in decades

Looking forward to playing this tomorrow.

I thought it was coming out today?

Not for the European market.

Hmm they should release it everywhere at the same time. I would hate to play a game a day later when the internet could spoil it.

Im in the US and its not showing up on my PS4.

The Best Metroidvania Games on PS4