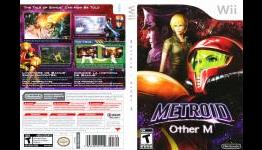 Defence Team Form Up! Metroid Other M Why Metroid: Other M is unfairly slated

Opinion piece about why Metriod Other M was unfairly slated!

It bastardized the main character, threw away any element of metroid (discovery, exploration) for an out of place (albeit decent) action game. The brilliance of the metroid prime and super metroid soundtracks? Replaced with contrived orchaestral music. the prime games told a thrilling story without many cutscenes, other m constantly uses them for the most laughably predictable tripe (ooooh the govt. is secretly evil... havent seen that one before). Worst of all it ignores continuity, relies on a manga 12 people from japan mightve read, then still doesnt make sense. The future of the series is in jeopardy because of this stupid mess, i dont know how you can possibly defend it.

Sums up the bungling of the Metroid franchise by Nintendo perfectly.

Not just metroid but team ninja! Who thought it was a good idea to take the reigns of one of videogaming's strongest heroines, from one of videogaming's most atmospheric games and give them to team ninja? That was nintendo's biggest and dumbest mistake with other m. (good studio btw and decent game but it's just not in any way metroid)

"The future of the series is in jeopardy because of this stupid mess,"

Trust me, I am of the camp who believe Metroid Prime was infinitely better, but I have a hard time believing this statement. The reason is because people still love Metroid and they respect the series enough to make note of when a game from the series is bad, and trust me, the public spoke with Other M.

People are still clamoring for a new Metroid game. The series has demand from fans who've been playing it since the NES. If the series really was "in jeopardy" from this single game, no one would want a new Metroid, Prime style or not.

I mean in the eyes of NINTENDO, the fanbase is divided on other m but both sides still want another metroid. What happen to the last 2 series that failed to deliver financially, namely star fox and f zero? We havent seen either in almost a decade. What happened when super metroid sold bad? We didnt see metroid for almost a decade too. Prime 3 sold bad because it debuted the same week as halo 3 with no marketing campaign whatsoever. Other M flopped even with aggressive marketing because no one really wanted it in the first place. But nintendo wont look at the big picture, they'll look at the numbers and assume people lost interest. I remember IGN asking Miyamoto about a new f zero and he said something to the effect of "oh people still want that?"

In response to your reply, don't worry, I see what you're saying and your examples hold water.

However, I think that we'll be seeing more of Nintendo's series in the big picture, especially if they're gonna be loaning out their licenses like they announced a few weeks ago. If Nintendo themselves won't do something, someone else will, while still benefiting Nintendo.

And I know that Other M was directly influenced by a third-party dev using the license in a rather irresponsible way, but Nintendo has said that they wouldn't loan the licenses out to just anyone. Same with F-Zero; I know a lot of developers who would do wonders with that series.

I like the idea of letting new talent take control of other properties, and even with that risky trust factor, I don't think Nintendo's gonna be lenient enough that the next Metroid will be in bad hands.

It's risky, but Nintendo knows that people want Metroid. They might ignore a lot of older franchises these days, but they've proven time and again that Metroid is their key to the "older" demographic. I highly doubt it'll disappear, even with Other M's negative reception by fans.

Other M is a prime (get it) example of never outsourcing your games.

Some blame can be placed on team ninja, but i would place more on nintendo/sakamoto. Because he wrote the shit story and nintendo were probably the ones to approach team ninja with retro working on DK.

True...but even then were Nintendo that stupid to let Retro Studios do ANOTHER Donkey Kong game when they could of got them to do Metroid.

I mean sure it looks nice and all but all the game looks like is a HD make over. It looks like what possible DLC could of looked like for the first game if Nintendo did all that.

If I was Nintendo I would of gotten them to do Metroid as soon as they were finished....put Donkey Kong and Metroid on a cycle.

Especially when the Wii U isn't doing that well, it's not like fans have been begging from another DK game. They wanted Metroid and wanted Retro to do it.

Well by the time retro made DKCR, it had been 15 years since the last DKC game. And it was a great game too. I really cant slam nintendo for bringing it back because most thought it was dead or Rare held the rights to the country name or something.
The reason theyre probably making a new DK is because that game sold over 6 million copies and other m and prime 3 barely sold half that combined. From what retro said, they chose (not nintendo) to make a new DK because they still had ideas for it. A lot of the guys in charge of metroid prime have left the studio too so they might feel intimidated to make a follow up to the prime trilogy. Im just brainstorming. I was pissed it wasnt metroid, but after seeing more gameplay im okay with it, mainly because it'll help them understand the hardware and work on that decade old engine while they build a new one for metroid. They clearly have a second team. You dont hire people from crytek to make DK lol.

"From what retro said, they chose (not nintendo) to make a new DK because they still had ideas for it"

The thing is though...what is new. I've seen plenty of gameplay trailers and all I see is new enemies, music, levels, characters...you know the standard things for a sequel.

I havent really seen anything which can prove that statement. I really think if it was a sales thing then maybe Nintendo might of give them a little push into it because at the moment despite looking like an improvment over the first game I don't see anything which makes me go "Oh yeah now THIS is why it needed a sequel". I just feel they had extra stuff left over from the first game like Nintendo did with Super Mario Galaxy 2 and made a new game out of it.

Well they got 2 new characters, underwater levels, the dynamic camera system drastically changes both the railcart and barrel levels. Also they got david wise back for the soundtrack, the game seems to be open world in the sense that you explore the islands at your own leisure. Also whereas DKCR was kind of safe with they typical jungle world, beach world, cave world, factory world, etc taken straight out of the first games DCKTF really seems to be making its own identity with themes and levels typically unseen in platformers. Theres only so many innovations and such you can expect from a platformer sequel, i think it goes above and beyond personally. Especially when you look at the meager differences found in the original trilogy and platformer games as of late.
And yeah they probably are using leftovers, but thats not necessarily a bad thing. I remember Kamiya saying sequels were easier to make than third entries because you just take stuff from the last game that got cut.

Great article written by our Nintendo editor! It's good to see some discussion! Thanks all. First them we published an article on N4G

I personally loved Other M. Its not as great as the Prime series but its still amazing. I'd love another 3rd person Metroid like Other M but with the pacing and exploration of Prime, with the scanner of course.

My only complaints were the control scheme and fairly linear nature. Everything else rocked. It had great combat, graphics, music, and atmosphere. It was just too clunky with the wiimote layout. Switching from 3rd to 1st person was imprecise and led to some frustrating elements.

I'd love a new Prime, 3rd person, or 2d Metroid. Il take all 3 preferably. Keep em coming. We got a New SMB and DKC series, a new top down Zelda, why not a New Super Metroid?

20 Years Ago, Metroid Prime Brought Samus Into the Future