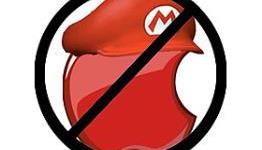 Do Smartphones Even Want Nintendo? – 12 Games That Say No

The current Nintendo financially woes as a result of the failing Wii U has led many analysts to argue that the company should turn to smartphones. This Grab It Magazine article points out how gamers are already fine enjoying Nintendo-like games on the App Store anyway. Videos, links and information on the jump.

This makes me sad. Maybe one day Mario, Zelda, ect. won't exsist anymore. I grew up Nintendo and that's crazy to me. I've tried very hard to embrace Wii U but it leaves a bit lacking.

I think the industry would be so much poorer without them. But I don't think iOS is the answer. Isn't the 3DS selling well anyway?

I think it's crazy to think Nintendo should work for other formats. Has it really worked for Sega. They survived, bu they are barely relevant anymore.

I say just tough it out and do a console your customers actually want. They speak a lot and loudly... just listen Nintendo. Listen.

given how many games there are copying the Pokemon formula, i think that's one series that would do very well on smartphones or tablets.

I say keep dumbphones out of gaming

Am I the only one who would suggest to Nintendo that they go handheld only? I don't hear anyone outside vocals on the internet having a single bad thing to say about their handhelds. The "industry experts" kept proclaiming smart phones diminished demand for gaming dedicated handhelds and Nintendo proved them very wrong indeed. Its easy to look at Wii U and say Nintendo is failing but 3DS is proving to be a massive success despite not meeting Nintendo's targets.

Anyone who really wants what is best for Nintendo as a company and want their best quality possible will suggest they focus on their handheld division if Wii U continues to struggle.

Who would play Ittle Dew instead of A Link the Past? Or Megatroid instead of Super Metroid? LOL!!!!

Ok...smartphone games will never catch the quality of Ninty games...

Very little will catch up to the quality of Nintendo games.

What I find funny is maybe the internet craze of bashing a company wasn't big 7 years ago. Does anyone on here remember that the PS3 has just started making Sony Money I think they started turning a profit on the system about 2 to 3 years ago. How many reports were they to tell Sony to get out of the Games making and go develope games on the Nintendo platforms?

I know they will be ok. I know they need to gear up and stay with the Wii U for the long run. They have to find a way to Bridge the 3ds to the Wii U. How can the Wii U come out on top.

1. Pokemon game that you can take with you as a portable and then come sync it to the home version getting a HD experience. This gives them the ability to double dip and test the market on one of there better selling games.

2. Market your games. They need aggressively seek out the marketing team behind the T Mobile resurgence for the sole reason that what they are doing is increasing company and brand recognition.

3. Stop letting the internet trolls determine what people think about your product. They assumed that word of mouth would carry their product but there should have been something to have people talking. Commercials before,during, and after the system was released so that there could be no questions.

4. They have the HTML framework and Unity fund a total 20 small studios to develop games for your system that are not going to ever appear on any other platform.

5 Crossover game that no one saw coming something like Pokemon/Skylanders developed by Nintendo EAD. That would increase relations with activision.
5.Keep on doing what your doing the first games were so but now the real fun starts in

Ninty needs to just release that powerhouse console they have planned. Sweep the wii u under the rug.