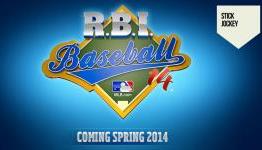 Once Again, Baseball Sends Up A Pinch-Hitter On The Xbox

The MVP series was epic... I'm almost happy MLB 2k failed... Hopefully the MLB sees how much that deal killed their brand on certain consoles

If only the same thing would happen in the NFL..
NFL 2k5 was so much better than Madden

How was NFL 2k better than Madden?

You know why NFL 2k isnt around anymore right? Because madden outsold it badly and the deal was the lower selling game would not be able to continue making NFL games anymore. If 2k was better why didnt it sell better than madden any year that it was out? Because it sucked thats why.

Idk why people say its better than madden. Madden isnt thr best game by any means but 2k makes the worst sports games ever.

That's not exactly true... The real reason 2k sports doesn't have the nfl is because EA has a hell of a lot more money than sega and paid a lot of money for the license. Also at the time of nfl 2k EA saw that madden was not selling as well as it once did probably due to nfl 2k being priced at $20 brand new.

"You know why NFL 2k isnt around anymore right?"

Because EA signed an exclusive deal with the NFL?

Here's a quote from another article: "Back in 2004, Sega's well-regarded NFL 2K5 made waves by launching at $19.99, undercutting Madden 2005's more traditional $49.99 price point. EA lowered the price of its game to $29.95 before signing the exclusive NFL license later that year, and returning to the standard $49.99 price point for Madden 2006 the next year."

Wow... I've never seen such an epic fail comment in my life

I am happy with the exclusive deal because EA has money and can hire more people make the game and have great servers which is a huge problem of 2k's the . Nfl 2k games were horrible only good thing about them was the presentatiom.

People like you are the reason EA makes hardly any effort in improving Madden. They need to take a year or two off so that they can develop a better engine before finally having two different teams similar to how Call of Duty does with IW and Treyarch. This yearly cycle doesn't give them time to do anything meaningful.

I agree they havent improved much in years but madden 25 is in my opinion the best one to date and a good first step into the next generation. We have to see how the ignite engine pans out, it has promise but i am still not sure about it. If u think the servers are bad you are an idiot, i have not lost connection to the ea servers for a long time and have not lagged out of an online game. They used to be bad yes but not anymore

It'll be on phones, too. Don't get your hopes up.