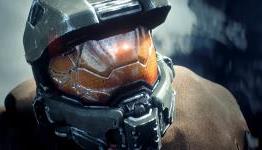 Why the Secrecy? You're Making Games, Not the Manhattan Project

A look at the absurd secrecy and lack of information released by developers in the game industry.

Secrecy is not primarily aimed to customers (even if it helps building hype), but to industry competitors.

To think otherwise is extremely naive.

I was going to say "because companies like Zynga exist" but you beat me to it.

Yeah if you provide too much info too early you get into alot of trouble. Consumers are very unforgiving with changes and games can have significant changes all the way to the last moment. A well marketed game spaces out information to reach a peak interest just before release to maximize sales potential. There are alot of strategic reasons behind it.

Obviously, it's also aimed at customers. Most developers want to make sure that they show something presentable.

Also, the secrecy makes for more speculation which creates hype. A good deal for the developers.

The way I see it, it really isn't about secrecy as much as absence of information. Showing off your new game actually demands a little effort, and developers want it done in the right way so that it looks appealing.

@Abriael Wellsaid. You need to build hype, excitement anticipation for your product.

And secrecy is just as you said, its for competitive product development.

Definitely.....If I am a competitor, and I see that Halo is releasing a certain day or doing a something new and different that we haven't thought off, I would try to counter that with a competing IP and make sure we have implemented this "new thing" as well, or something better.

Let's not kid ourselves. Secrecy is to so that a game can sell on hype alone, it has less to do with protecting your idea from copycats than it does to be something like Aliens: Colonial Marines.

Secrecy allows flaws to be covered up. That simple.

The nature of the gaming industry is fast lived.
Being as fast as it is with new ideas and game mechanics, developers protect their IP's for as long as they can as to make sure the concept is not stale by the time it hits the market.

Think of Duke Nukem. That game had been coming out for over 7 years before it actually came out. Was anyone suprised it was a giant turd? No, its ideas had been completely used up in every game for the past 20 years.

Lets not turn this into a hype thing, even though secrecy breeds hype, it is not hype that breeds secrecy.

Duke Nukem was coming out for over 12 years, not 7.

I agree with you

Plus you don't want to announce what your working on too early in assays etchings go wrong eg the last guardian.

Keep us guessing until were 12 months out I say

Then what's the point of knowing everything before a game is released it may stop a lot of people from buying the game is they know what the bad and good parts are.

There was too much secrecy for the fallout 4 hoax. Bethesda could have put that to bed right away.... Damn secret secrecy!

Games are interactive. If you find out every bit of information about a game and think that simply knowing that information is the same as experiencing it for yourself, then you don't deserve the game to begin with.

there's an easy way of avoiding knowing anything about a game without the secrecy:

it's called, "not reading up on anything about the game before it's released."

I don't mind the secrecy.
There are a ton of games on my mind at the moment.

As a japanese, you should definitely mind the secrecy of the Manhattan project.

because secrecy = tons of hype and news.
It makes them more money.

Sometimes the less we know the better, gives us more to look falward to and more fun things to find out on our own :) just release all the amazing thing the few days b4 release :D

I just wish that it would take more than an in-engine trailer to get gamers to defend any game til the end despite not seeing any gameplay. Like say the order 1886. At least show gameplay if you're gonna announce a game a year+ before release.

How long did it take them to show gameplay of QUantum Break after they announced it? Isn't it coming out in LESS than a year since it was announced, yet gameplay was only shown around November or so? But there was crazy hype surrounding it, too. Why not pick that game as an example?

Oh, forgot who I was talking to.

And why would they show gameplay for a game that far from release, knowing that it's likely to change in that much time?

I don't mind the secrecy. In fact, I prefer it, for the most part. I like not knowing a whole lot about a game before I play it, and thus being surprised when I DO get my hands on it.

Granted, this can also backfire, and a game that seemed like it might be awesome turns out to be crap, or nothing like what you expected. The last time I bought a game without knowing anything about it was BlazBlue. Even though I was working at GameStop at the time, I ignored all info on the game and based my decision solely on the artwork, expecting a JRPG. What I got turned out to be my favorite fighting game of all time.

Can't say I want to be THAT far in the dark again, but pleasant surprises are... well, pleasant.

Because showing off stuff too early could lead to poor press/opinions on unfinished products, or even ideas being stolen?

you keep things secret to surprise people, just have to look at the past E3s that got leaked info

I don't mind secrecy what i do mind is showing something that isn't even close to releasing or showing nothing on something soon to release.

- So not everyone is leeching off of your ideas; to make their game they're making trump yours, because they know exactly what you're doing.

How do you think Sony was able to side-swipe MS so nicely with the PS4 when the XBOX One was first announced?

As for consumers; it keeps the game from getting stale. If you're consistently talking about your game; whether that means consistent interviews, or a plethora of trailers and screenshots - it just causes the hype to dwindle, because by the time it goes to market, everyone who's been following it will be like: "Meh.."

That's something that Ubisoft was doing with Watch Dogs. Yeah, I know they were excited - but they were really over-doing it with the coverage.

"absurd secrecy and lack of information" ehh....when you are talking millions of dollars and in some instances hundreds of millions...yes it is a big deal and no a developer doesn't want any leaks as they don't want someone to copy their game or steal...errr...borrow ideas. Nor do they want bad information / mis-understood game info given which could lead to bad press and hurt their sales. After all gamers tend to run wild screaming fire if they smell a hint of smoke.

you never give too much info before everything is set in stone and there's a clear sight of the release window. otherwise you risk the final product not being like what was initially shown because changes had to be made, and to release a steady info over a long period leading up to the release would cause many people to just lose interest. The Vaporware effect would hit SO MANY games because of that

People are impatient to buy those games haha