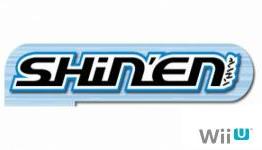 Indie powerhouse Shin'en may have something else in store for the Wii U beyond Fast Racing Neo in 2014.

I dislike every aspect of logic like this. Its just as annoying as when peoile ask for a Starfox to be made by Platinum

I would rather devs work on their own original concepts. Nintendo already has extremely skilled first party developers and subsidiaries for all of their first party titles.

I would rather Shin'en continue to make its own original games and Nintendo make their own games.

While I'd like for Nintendo to do more of their own work on their series, lets be honest; after all the delays on those titles, does Nintendo really have enough manpower to have projects running on all of those franchises at once?

I would love for Starfox to be made by Platinum. Nintendo seems to have no interest in doing it, and Kamiya has stated that making Starfox is his dream. Platinum's over the top action style games could really breathe new life into Starfox, imo, just like Retro did with Metroid. A match made in heaven, I think.
Edit: To be clear, I wasnt saying I hoped Shin'en was worked with Nintendo IP, just that i disagreed with you about the Platinum Starfox.

A Platinum created Starfox would be mind blowing!

So pretty much we will see it January Nintendo Direct, Guess the January Direct will be a big one again.

of course. It be would a great way to start Nintendo Year off with big announcements.

Nintendo holds big Direct in the month of January, 2013. Now everyone on the internet believes that because a big Direct was held THAT January, it's an annual thing, and Nintendo will be hosting a major Direct every January> you are setting yourself up for disappointment.

Directs are random, and every one is different. Just because a major Direct HAPPENED TO FALL in the month of January last year, DOES NOT MEAN there will be a major Direct this January. The Direct last January was only due to whiny fans who were complaining about no games, despite the console only being out for 45 days. It was to shut those people up, and say "See, we have games coming, chill out". That's not the case this year.

Perhaps, but it would make a lot of sense to have a direct each January to give a preview of the year ahead. I think it's more likely they will than not.

I believe Shinen said they want to create their own legendary games, so i wouldnt expect them to be working on a Nintendo IP

I hope it stays that way.

"revealed in the next weeks"

Hopefully this means there will be a Direct in January.

i thought Directs were monthly?

Awesome, I guess we should be expecting some new game announcements this months direct as well.
I'm definitely pumped for another big direct like Last January's! :)

Yes, more footage of X please. That game looks soooo good.
Oh, and Shin'en's title. They've definitely proven themselves worthy of a purchase on their next game.

They did say they were making 2 games.

I guess I'll just mail them my money now :-D

plz let it be F-ZERO already

Probably not a F-Zero, if they already make Fast Racing League: Neo, then that would hurt themselves.

Can't wait. Hopefully we'll also get footage of Fast Racing: Neo. I hate how they announced it with no footage. It's just cruel. lol.

Well they said they are using 4k and 8k textures on Fast so maybe a game that really benefits from these movies quality textures......... also i've googled 8k textures ps4 and i don't think the ps4 has even heard of such detailed textures yet COD ghosts looks like its using 1k textures on all 3 consoles at best ???