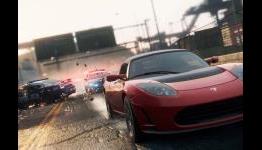 4 Films Based on Video Games Hitting Cinemas in 2014

it will be interesting to see these films and how they do. it has been a while since they had so many game based films come out like this. hopefully they learned and do a better job with these films. I love the fast and furious films and would love to see a need for speed franchise do well like it.

I don't think the need for speed looks very good. they are stepping on a very fine line to being like fast and furious

I totally agree with you on that but the thing is movies with a lot of car chases, crashes and explosions usually do pretty well. Unless i hear some really spectacular reviews I'll wait for it on bluray.

Why on earth would they do another street fighter movie??? Every one they have done so far have been absolute failures. In fact every movie based on fighting games have been failures except for the first mortal Kombat movie. The last street fighter was the worst of them all.

There are so many game franchises that they can make movies out of, God alone knows why they seem to choose the worse ones. I am however interested in the assassins creed and World of Warcraft movies.

The Metal Gear Solid movie can be pretty good. Assassins Creed would be an amazing movie. Not sure whats going on with the Uncharted movie. Halo is becoming a TV series which is probably for the best because you can get a lot more story out of it than a movie.

These don't look good. Lol. I like Aaron Paul, but still. :/

If only Josh Trank hadn't left Shadow of the Colossus.

mass effect is all I want to see

He wasn't in Hitman. Was he supposed to be in the sequel?

Eh, Timothy Olyphant was in Hitman.... Not Paul Walker.

Paul Walker were supposed to be in the sequel.

I dont think Need for Speed will be any good, Resident Evil might be alright, seen as some of the films in the past have pretty good, I really dont understand why they are making a live action film on Street Fighter, an anime would've been much better considering all the crazy fighting and projectile moves, The last one looks pretty good though, already forgot its name though lol.

And they all look godawful...

im really hoping Need For Speed will be good but, I have my reservations. (fingers crossed)

Kind of worried about Lone survivor really enjoyed the book I bet it turns into a patriotic American flag salute these look forgettable.

Assassins could work really well if they just stick to the historic part. It would make a great series as they could just do unique stories in different time periods with the thread between films just being the assassins v templars.

On an ot note - has anyone seen the email chain in ac iv where someone questions why they never do more recent synchronisations and the answer is because they dont want to have to update the animas software for motorised vehicles etc. I am suprised ubi let them get away with such a clear dig and their milking it ways.

The only one I'm looking forward to is, Aaron Paul

Agree 0Disagree 0
▼✖-+
SPAMInappropriate
Show all comments (16)
The story is too old to be commented.
50°