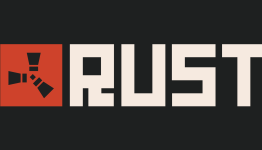 RUST is under attack

The game RUST, created by Facepunch Studios. Inspired by games like DayZ, Minecraft and Stalker. Rust aims to create a hostile environment in which emergent gameplay can flourish. Well someone took “hostile environment” a little too far.

That's crazy. How good is this game?

For being in Alpha and a little buggy it is very addictive lol. I can't wait to see what they add and improve on.

its really rough even more so than dayz standalone. but it has potential

Not that good yet but it's alpha. It could only get better... or worst.

Or perhaps even wurst.

Can't wait to see more on this as i'm still on the fence about it.

this game sucks ill rather play dayz nobody likes a ripoff.

Ripoff? Because it has the same style? This is the same thought that stops fps from getting more attention because it's a 'ripoff' of COD.

What fps gets less attention?

Bioshock, Killzone, Metro Last Light, Resistance, Crysis, Far Cry,
Singularity + more have all been overshadowed by COD. I have even heard terms such as 'ripoff' and 'clone' of COD. Thou some of these did sell good their still called ripoffs never the less.

Ripoff would generally imply that it stole from others... when the fact is Facepunch studios is a mod making studio who made the mod "GMod Stranded" (which basically is Rusts first incarnation) back in 2007... which last time I checked was earlier than DayZs release in 2009. But hey it's ok to get your facts mixed up, as long as you didn't make your first observations as a uninformed pretentious dou... Oh...

wait isn't DayZ still in beta? So it was released in 2009 and its still in the beta phase? are the devs even working on it lmao

@min DayZ was a mod.

The games may sound kind of similar but having played both they are very different.

Or just invest in the alpha for $10 - $20, check it out from time to time, and then you will own the beta/full version once released.

Always reward those who innovate.

Skip COD Ghosts and invest 1/3rd of that into an innovative new title that may actually cause more than one or two synapse to activate.

It's an okay game. It's like Minecraft + DayZ in the strictest sense.

The problem is that it's not as intense as DayZ Alpher and it's not as intuitive as Minecraft. It's more like if Garry's Mod tried to imitate both DayZ and Minecraft and Rust was the result.

It's kind of jangily but there is potential there. Gary just needs to sort of like, well, do a lot. It has a long ways to go. But it was sort of fun when it was a free alpha.

its more like minecraft than Day Z though from what I've seen, only thing that's close to Day z would be the zombie stuff and really the mining for resources and finding stuff in buildings could come from either or any other post apocalyptic game before Day Z.

These damn script kiddies need to find better things to put their skills to than to simply annoy others.

Rebels without a cause, so they just rebel for the sake of it and well probably a lack of human interaction

The reason they're called "script kiddies", is because they don't actually have any real skill with "hacking". They use software that locates IP's and takes them off for them, without them having to do any real work.

Saying that their "skills" could be put to better use is incredibly generous.

Garry says they been working with uLink and the latest update from 7 hours ago seems cleared things.

game where u really need a crew of friends

amazing game , i mainly play in 150+ player servers with 5-6 buddies bought day-z standalone and rust same day i have 20hrs played on Day-Z and 200+ on Rust o_0

I'm breaking my "I won't comment any more" thing because I friggin' love this game... but this is friggin' stupid. 4 DDoS attacks, to my knowledge, in 3 days. And, apparently...? It's because some French dude says he just really doesn't like Garry or is upset he couldn't make a Rust server or something stupid like that. Pathetic is what this while thing is...

@Mikefizzled
It didn't. DDoS just started again about 6 minutes ago.

@desertpunk86
Play the game first. You have no damned clue what you're talking about.

@Stevefantisy
It's REALLY good for an alpha, actually. I say $20 is definitely worth it when the game isn't getting DDOS'd to hell.

Awesome. I've been on the fence about this game for awhile now. With so many great games out there and funds limited. $20 is a good price I was just worried with it in alpha and all.

some people are just douchebags.

Pay for a subscription to a host booter and think they are GOD. Stupid kids

Kids... This is why we adults can't have nice things...

Both this and DayZ have enough differences to warrant a purchase and with a good group off friends they make for fantastic games to own even in there early stages.

And that is why anyone playing a game online would love to be able to punch their fist through their computer screens and into the unaware faces of hackers.

Agree 2Disagree 0
▼✖-+
SPAMInappropriate
Show all comments (31)
The story is too old to be commented.
50°

DLSS Coming to Rust on July 1st; Linux Will Get DLSS in Vulkan Games Tomorrow