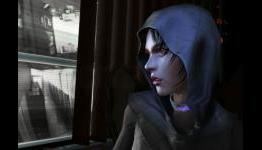 From the site - "Former Metal Gear Solid producer Ryan Payton quit the dream role of creative director on Halo 4 to invest his life’s savings in the risky prospect of making a console-like stealth game on a touchscreen. The resulting game, République, from his new studio Camouflaj is one of the most exciting new IPs in the market that delivers on its promise of a “triple-A” iOS game.

In a wide-ranging interview in Issue 0 of Grab It Magazine about his decision to risk it all on République, the talented developer reveals just how big studio culture doesn’t allow innovative titles to come to the surface. In doing so, he also makes some telling comments about the currently burning topic of customer data being leaked to government agencies:"

Adhttps://store.steampowered.com/app/1488200/Symphony_of_War_The_Nephilim_Saga/?utm_source=n4g&utm_medium=native&utm_campaign=sow_n4g_native&utm_content=png
- Comments (19)+ Comments (19)
TopNewestOldest
The story is too old to be commented.

Can someone go slap that US government in the face please... Why is the government over there so corrupt?

Sure, The one over here is the UK is crap but comparing it to the US... Well, You know what I mean...

Sure. Go take a look at Russia's government. Then compare the two.

If you think the U.S. government is anywhere near as corrupt as Russia's, I'd be a fool to offer you a rebuttal.

Welcome to the human race. The ones who are in power are always rife with corruption.

For me, Microsoft choosing to bundle that camera with the Xbox One was a deal breaker. I love PlayStation and always have but if they would have made that PS Eye madatory I would have turned my back on them as well. I dont see how anyone could be attracted to those creepy cameras. You literally have a survellance camera in your living room monitoring your every move and bringing that data back to these companies. It amazes me that there are still people lining up for the crap, like a bunch of lab rats. When confronted they always say they have nothing to hide, but what they fail to understand is that the problem isnt about whats hidden but its whats not hidden. You may not be aware of it but there are thousands of agencies fighting and paying lots of money for your data, from simple browsing on the internet to mobile usage. Your data may not be valuable to you but it is to someone. With the data they get from those cameras if in the wrong hands could harm you in long run in ways that would never cross your mind.

Some people are just naive and stubborn and don't want to believe such things that are very true in the world we live in today. It's also the technology they pack in the kinect with their policies they had backing it up in the first place. All those things (DRM) can be implemented again. I've always played PlayStation too, and glad I have my PS4.

What 'data' are they going to get that they couldn't get some other way? Having a camera in a room is less data than simply signing up for Xbox live.

Just mad to me. You think a camera in a living room is the line that is too far. Why is it? Please tell me. Are the US government going to observe families sitting there half naked eating cornflakes? What would be the point in that? They already have the information they want. Address, details, photos(any online) etc. A camera is not worse than anything else right now. As far as i'm concerned this is just another phase PS fanboys are gonna go through just like Xbox live was pay 2 play and that was such an act of horrid proportions. Yet suddenly nobody gives a **** when Sony are doing it too.

What the **** are you talking about? Watching every move? What do you have kinect on all day every day and keep it mounted to your head, Get a grip. I guess you never use camera's right? Don't have a smartphone or any digital technology? It's just a big joke that Kinect is treated this way when you have no problem with the rest of the devices. I'll make this simple. If NSA wanted information they wouldn't use a shitty gaming camera to get it. Especially when there is literally no important information to gain from viewing someone while they're gaming. At the very worst it can record the habits of a person who is playing a game. Which is, to be straight, ****ing useless information.

Again, address, email, phone number, phone calls <-all more important information and extremely likely that you've already used them for something. You just look at the idea of a 'camera watching you' and come to your own conclusion that a murdering rapist must be spying on you on the line. Seriously, get a grip.

Itachi ~ It's not that I feel strongly about it and I don't disagree that **** happens. But actually think about what kinect is. When it's on. What information anyone could get off it etc. It's just not a big deal. Here are some tips.

*Don't fap while your kinect is on.
*Don't show your credit card to Kinect(not that the NSA would have a problem getting Credit card information)
*If you plan to murder someone, don't do it in front of a turned on kinect.

So having someone's address is just as good as potentially watching their everyday moves and their daily habits? Seems legit. It must suck having to come up with the most ridiculous excuses to protect the name of a company you don't work for.

Obviously there's nothing I can say that would change your mind as you feel strongly about your argument and I do respect that. At times I can be a PS fanboy and I won't deny that, but when it comes to the Kinect I'm dead serious. I know some of the things may sound absurd and ridiculous but never underestimate the evil in this world. It never sleeps and even preys on the things you take for granted. Yes, even sitting down with your family half naked eating cornflakes can be useful data.

But what would you do if somebody beat you in brawler game and Kinect is watching? Youcant even hit him let alone murder him.

NSA im joking no need for the track devices

"What do you have kinect on all day every day"
So there aren't people who keep their consoles on all day?
"Get a grip. I guess you never use camera's right? Don't have a smartphone or any digital technology?" Here is the difference you ****ing moron, I NEED a phone to keep up with potential clients/customers, I NEED a laptop for my files etc. Just because I use these devices with cameras on them does not mean I approve of them being used as potential spy equipment you ****face. It means I put up with them because features like making phone calls and managing files are a necessity to me. Nobody needs a gaming console.
"If NSA wanted information they wouldn't use a shitty gaming camera to get it." So the Kinect camrera is shitty now? I bet I can go through your comment history and find you saying otherwise, real convenient you hypocritical weasel. Fact is Kinects features are perfect for the NSA.
"At the very worst it can record the habits of a person who is playing a game." But I thought the Xbox one was this ultimate media machine that all the casuals will be eating up? LMAO! You have no clue what the NSA considers valuable information and you have no clue on what they use that information for. You assume that as long as your are not doing anything illegal in front of the Kinect you will be just fine? You fool!! They are going to watch you no matter what!

You're spot on really, I'm glad to see someone is thinking for themselves for once, I remember years ago when I was telling friends about government surveillance and to watch what they put online and to be careful with their smart phones because they could be monitered, just laughed and said I was paranoid, then recently whistleblowers came out about the PRISM act and NSA spying, It's better to be "paranoid" and aware rather than blind tbh :p I also skipped on Xbox One due to the Kinect, just can't bring myself to trust a big American corporation with history of dealing with the NSA.

I think it's dumb they bundled Kinect too but simply because I am not a motion gamer. I don't care about all this tin foil hat conspiracy crap and not because I have nothing to hide but because I have had cameras connected to my computers for years and NSA is said to be able to access every telephone call you make, every internet search you make, every youtube video you watch, every email you send.

So for me? It's funny to see people only draw at Microsoft when it comes to privacy concerns. It's obvious they don't really care.

This past month, I believe we have seen countless people streaming the bedrooms/living rooms and even falling asleep in front of the camera. I just can't believe that this is more about Xbox than Privacy concerns.

Well said, It's not about ps4 vs X1. I would never buy X1 because of kinect even if they release 3 unbelievable exclusives every month. I am a gamer but i have standard . It's forbidden to put a camera like that in my house even if i want it. The camera's i have can be shut down , it doesn't collect data by it self , it's not always on and it's not connected to the internet so don't start that excuse because it's dumb..

All governments spy on there own people and on each other. Its alwasy been that way and it alwasy will be. I'm surprised that people are are so mad now about it. Ofcourse don't believe what Alex jones says hes a few frys short of a happy meal.

This would make a good Wii-U game since its touchscreen focused!

It really doesn't matter how you try to protect your privacy, it simply isn't possible.If you use modern technology at all, then you're already monitored, period.
So, what can you do? Have you ever lied? Have you ever twisted the facts to your advantage? Data can be collected, but it can't easily be verified if you are smart in what you do. As for the American government being worse than UK,it's not. Try a little research - look at the number of surveillance cameras in the UK or Walk down any city street in the UK and you will be monitored from one end to the next. You simply can't avoid being monitored, but you can avoid being targeted. Think smart, use your data collection wisely! :)