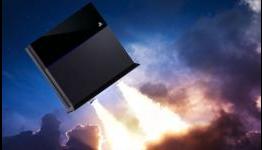 PS4 In Stock? Xbox One, PlayStation 4 Availability Okay With After Christmas Sales

Finding a PS4 in stock is a matter of luck right now. Xbox One availability and PS4 availability are on gamers minds while hunting for the best 2013 after Christmas sales. But, is it possible to find any good PlayStation 4 deals at all or are we all being ripped off?

This is the difference between in stock and out of stock.

That site obviously tracks a few stores, because regardless of what it is posting Ps4 and Xbox ones are in plenty of bulk at several stores. Like I said they are paying people to say they are sold out.

They are "paying people to say they are sold out". Repeat that to yourself a few more times to realise how ridiculous that is.

Seriously every shop in my country is sold out until who knows cause all the stock for playstation 4 is back ordered and they still haven't filled the pre orders yet. So the next shipments coming in are already bought up

Your whole country? If you know that you must be in a small country. Where do you live? I can't find a PS4 in the Dallas, Texas area in the USA. I see X1 every where.

New Zealand population of 4million people. So yeah it is small.

Just one guy's story, but out Christmas shopping in Canada, I saw Xbox One's in stock everywhere. From Best Buy to Toys R Us, while shopping there didn't seem to be an issue. Now there may have been limited quantities, I don't know, but this was the Friday before Christmas.

I didn't come across one PS4 in my travels. In my city, people would tweet if they found stock of a PS4 and there were none. I'm still on a waiting list at my local Play N Trade and from what they told me yesterday they hope to have enough to get to me on the list by mid-January.

I'm just one guy up in Canada. I don't know if someone is paying someone else to say systems are out of stock. To me, that seems like nonsense. I know what I saw. Plenty of Xbox One's, no PS4's anywhere and plenty of people on local classified (kijiji) trying to sell PS4's at 50% more than retail.

@vinnie help people out. Where are they?

I'm anxious to see how many disagrees you get for your picture, or people trying to debate or justify it...

"@vinnie help people out. Where are they?"

They where at a WalMart in fayetteville NC lol

I don't think anyone is saying shipments of PS4's aren't trickling in. I just stated when I was out and about Christmas shopping with my wife, I didn't see one. In my city I put myself down for a PS4 through Play N Trade. They're working down the list as units come in and I'm hopefully they'll hit me sometime about mid-January. By comparison, I have no doubt I could walk into a Best Buy and get and Xbox One tomorrow if I wanted as there are plenty sitting on shelves. In fact, I just checked store stock online in my city and see they're available at my closest Best Buy.

I don't know where you live, but it is literally sold out in Dallas Tx(US). There are the occasional rumors of restocked ps4 at certain stores, but it usually disappears before ever having a chance to snag one.

xbox one w/fifa - in stock

xbox one - in stock

Depends on what part of the country you live in I would imagine as I've seen both consoles regularly in stock in Iowa.

The aspect that everybody seems to be missing here, is context.

Everyone seems to be assuming that PS4 is selling out due to simply being that much more popular/in demand than the X1. Although I don't doubt that PS4 is the more popular choice (at least now) I don't believe the issue is as cut and dry as that.

First off, just speaking in terms of demand, many among the gaming community see the PS4 being sold out as some sort of "proof" that it is the better console, apparently not taking into account 2 huge factors - 1) it's $100 cheaper, and 2) after the DRM fiasco, many gamers are simply buying PS4's out of spite for MS. Neither of these account for the PS4 being "better" than the X1, from a gaming perspective. If you want to bring "superior hardware" into the debate, it still doesn't really prove anything, since better hardware doesn't equate to better games. A game look like like a million bucks on a platform and still be a terrible game, although, it does appear that the rhetoric or illusion that the "hardware hype" has generated, is doing well for Sony.

There's also another issue that seems to be getting ignored - supply and demand. It is likely that a company as huge as MS (much larger and richer than Sony) is simply better with keeping up with demand. There have been numerous claims that stores will sell out of X1's, only to get restocked and sell out again, while at the same time receive next to none PS4's.

Articles like this are plaguing the community, and serve absolutely no positive purpose. There is a lot of grey area in this topic, but everyone is focusing only ion the black and white.

How the hell are there still day one editions of x1 in stock? People really must not want that thing lol.