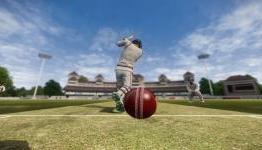 The Death of Cricket

It’s fair to say that Cricket has been embarrassingly under represented in the history of gaming. A sport that is followed and loved by many millions around the world. In fact given the fanaticism of the Indian public the number could be approaching half a billion. In this article we explore the reasons for Cricket’s diabolical gaming history and the possibility of a turn around.

I'd love a well made cricket game, I can sit down and watch cricket for hours, looking forward to the Australians 5 - 0 the English.

How did you like the draw between SA and India? I've been waiting a long time for something really good to come along for the Cricket lovers. I really have high hopes for Bradman 14.

South Africa should have gone for the win.

I suspect they'll beat us (Aus) when we tour there in Feb.

The matches are fixed anyway, How can anyone get excited when the winner is already pre-determined.

I don't know why there isn't a cricket game when there are baseball games.

Cricket is more popular in more parts of the world as well, and I don't think the past games have sold THAT bad.

Cricket games are dead and buried IMO. A series of average games plus a niche market equals a disaster.

But at least we have the memories. Shane Warne '99 on PS1, those were the days.

It's wrong to call cricket games a niche market. Cricket is the second largest international sport in the world, the largest being soccer.

The reason why it appears to be a niche market is because the big game studios don't make or even care about cricket, hence it receives little to no advertising or support.

Do you know how many gamers who are cricket fans would buy a cricket game if they knew it even existed?

The state of cricket in the video gaming industry is sad and insulting as far as i'm concerned.

Lots of countries where cricket is popular are also poverty stricken, so it's understandable there isn't the demand for computer games.

Even China have a cricket team though so in the future things could change, you only have to look at snooker which has exploded in popularity there.

Cricket is huge in countries like england, Australia, s africa, india. Second biggest sport after soccer. It has a great market but I think why it doesnt sell great is the game itself is not great compared to fifa nba2k etc. Hope bradman 14 is great

Stick cricket is a simple flash game and that's lots of fun.

Cricket? Isn't that the British game that combines bowling and baseball? Lol that's one wacky game you have there but way too boring for video game. You couldn't give that game away.

What the hell is wrong with you? You are living proof of the saying "ignorance is bliss".

A cricket game can be just as and even more exciting than a baseball game, especially when you're talking about 'limited overs' matches.

The mentality of some people is beyond baffling.

I know... i guess i just wanted to post something beyond ridiculousness ....

Some of my Memories...

A song written about it...
http://www.youtube.com/watc...

Cricket is a mans bat and ball game, lots of skill and strategy required.

Baseball is closer to "rounders" which British schoolgirls play and even they can catch without big gloves to aid them.

Lol. And in Cricket you are allowed to hit the batsman, hell it's even encouraged.

Easy there guys . Cricket is just a boring and weird game . Don't act like its some manly game or something . There's a reason there aren't any Cricket video games and that's because it sucks . Same goes for Rugby. You guys just have confusing games with strange rules. You can't compete with the NFL , NBA or MLB. Nobody can name a Cricket superstar but everyone knows who Lebron James is.

Lol. There are 4 times as many people who know who Sachin Tendulkar is than there are Americans in the world. But hey enjoy your World Series, you know, the one that only has 1 country participating.

Its called Cricket because thats what you hear when a match is on. I googled that Tendulkar guy and he looks like a total douche bag. What is he 60 years old? If that's the best Cricket has then I can see why it's so unpopular. Next time you guys should try combing boxing with croquet , call it Hornet. You might get a decent video game out of it.

LOLOLOLOLOLOL!!! You literally had me crying with that world series comment.

Know what, as idiotic as Killzoner99 appears to be, I can't be mad at him. The fact is that the typical american is completely clueless to the world outside of america.

That is not meant as an insult but numerous studies and surveys have been done that proves this.

His statement alone is a testament to this. Because it is not popular in america then the game is weird and confusing and boring. Hey just completely ignore the fact that it is the second biggest international sport in the world right?

This is why america seems to get so much hate from the rest of the world. Is everyone there bad? Heck no, It can be a great place but there are the few vocal minority like that idiot Killzoner99 that paints the rest of them in a bad light.

Dude, baseball games sell fine. Baseball is based on cricket. They are fundamentally the same damn game. Just different number of bases, different terminology, and the ball can be hit anywhere.

@MarioAna: Yeah, it would be awesome if MLB opened the playoffs and the World Series to top foreign teams. It would be logistically tough though given that the seasons don't really line up. The World Baseball Classic is as close as we'll get for now, and it's not the same thing as it is national teams like the World Cup, not actual league teams.

As a Brit I've no idea who Lebron James is, I've vaguely heard of the name before but that's about it. I think if you asked most non Americans to name a famous basketball player they would all say Michael Jordan and that's primarily because of Hollywood.

NFL, NBA, MLB are only really popular in the USA but that's a big enough market by itself as far as publishers are concerned.

Cricket is a complicated game not weird, which is perhaps one of the reason video games of it have always been a challenge. Baseball/Rounders are both extremely simplistic by comparison.

Rugby is also more popular worldwide than the NFL.

American football is very popular 8 the us but when I was living in England I couldn't help but notice just how much more crazy they were about soccer over their... it's nowhere near as crazy in the us.

Brian lara cricket on ps1 was a pretty solid game. Then again I was only like 16 at the time lol.

How To Play Don Bradman Cricket 14 on PC With Keyboard

How to Play Don Bradman Cricket 14 on PC with Keyboard

Upcoming Cricket Games for PC in 2016