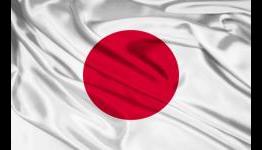 Like every year major Japanese retail and rental chain Tsutaya released its yearly rankings for games. Tsutaya’s charts are usually considered an interesting glimpse on the Japanese market since the retailer has a very large number of stores scattered across the whole country.

Only with the 3ds. nad it's Hyrule Warriors.

Hyrule Warriors - this name is not confirmed, but the moment i saw it, i immediately thought of tecmo koei :D

Good to see the 3DS doing such a good job. Was funny when everyone thought it was a flop. Much how everyone trys to perceive the Wii U today. Everything just needs some time to grow and some compelling software. Here's looking to 2014!

it was flopping very hard at $250 and Japanese gamers were returning it much faster than it sells.

They saw through Nintendo's arrogance and shafting no one wants any of it until the well deserved price cut. Its a miracle 3DS is still selling today.

Its the cheapness that sells it not Nintendo's command of brand loyalty.

it has nothing to do with how cheap it is. It's because it has the games that Japanese gamers want to play.

Nah, it's the quality games that it has in abundance that sells it miyamoto.

@Neonridr Yes and no, price HAS something to do with sales. The 3DS does sell much more now that they've cut the price a bit.

How is it a miracle that 3DS is still selling? It has games that people want. People usually buy handhelds and consoles that have games that they want.

If consumers don't think it's worth it, it's not going to sell which was the case for the 3DS originally, and the current case for the Wii U.

After the announcement of Ambassador program and the $80 price drop ($249 -> $169), the 3DS was justifiable and earned positive PCV. The huge wave of good/great games that came after that is the reason why it's selling like crazy.

The Wii U doesn't have good PCV among the majority of consumers, and unless they do an Ambassador program and a price drop then it's not going to see the same success due to low PCV.

Anywho, congrats to the 3DS and PS3. Now it's time for Sony and Nintendo to get their handheld and console sales up.

It wasn't doing well at $250 initially until Nintendo had to issue that desperate price cut a mere 2 months after launching in the U.S. Convinced me to never buy a Nintendo console day 1.

I'm waiting for Nintendo to issue a deep price cut for the Wii U to around $199. After that, a Metroid game would have to come out for me to even consider buying it. Now let's just hope that Nintendo is content with their Mario rehashing that way they can move on to other franchises like Star Fox, F Zero etc. Those two requirements would be enough for me to buy a Wii U.

You will be waiting quite a few years if you think wii u is going to go down to 200 anytime soon just saying ..so I guess you will be buying one at the near end of this 8th generation

Very true neon. Next year has some amazing titles coming out. I can see the Wii U having an amazing next year. Can't wait till DK: TF and Mario Kart in the spring. Going to grab NES Remix and Castlevania on Wii U later today.

3DS is a MONSTER.

Even if WiiU never sells another console-
I don't see Nintendo having to pimp-out Mario for soup-money any time soon.

This is no dis to the other big 3, just an observation about this 1.

You Can Get Free Skins In Overwatch 2 - Again

Destiny 2 Succeeds Because The Formula Is Always Changing