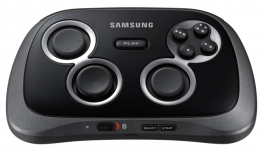 TheNextWeb: Apple began allowing third-party gamepads on the iPhone with iOS 7, and Samsung is also upping its presence in the space after announcing its own gamepad (the not-so-creatively named ‘Smartphone GamePad’) for Android 4.1 phones.