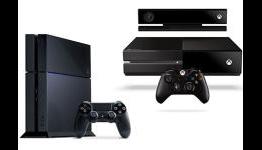 Not surprised that ps4 sold more, Europe is Sony territory.

man who the hell buys angry birds as a launch title.

In all honesty the Microsoft is trying to court with the Xbox 1 might buy it.

Im just shocked anyone would buy a 60$ angry birds

I think everyone expected this in Europe and they expected a tighter race in the US. That is exactly what you are seeing. According to my research NA accounts for 37.5% of global sales or just over one third. Even if US winds up a tie, Sony will be way ahead. Microsoft would have to outsell the Sony by 2 to 1 in the US to just to tie them globally.

With a release in just 8 countries in europe i believe ms did very good and that attach rate looks really solid too. Congrats to both companys.

The attach rate was inflated because FIFA 14 was was bundled with a lot of the Xbox One's at launch in Europe.

Numbers of countries don't matter. It released int the biggest markets, leading the UK where both sold the majority (more 50% for XBox, a bit less for PS4) with 250K PS4 vs. 150K XBO (launch); Sony sold more PS4s (since launch - with a week less) in 5 territories than MS in 8. Those 5 countries are the biggest markets in Europe (UK, Germany, France, Spain & Italy account for 95% of sales) - both launched in these regions. Sony won UK - an MS stronghold - quite impressively.

When you factor in the price difference its actually even more impressive and the numbers are still good none the less and thats why i congratulated them... its still a long way to go. Ms and sony will definitly keep fighting till the end.. and a cheaper model from ms wouldnt be a bad idea.

I didn't mean that in the redneck way, I ment it in the "cant freaking understand what your saying" way.......oh, maybe that's why im drawn to the "American (kinda) console".....yeah, that's it.....im a freaking patriot !!

My launch with PS4 I ended up with 11 games for it and only 4 on my imported Xbox One :)

Good to see im over attach ratio by large margin

It's people's decision to buy PS4 rather than a one. It's just how is going right now maybe in the future the One will popularl

If the xbox one sold in more countries and continued this trend then it would sell more in Europe.

That means you have to ignore the ps4s lack of supply after 48 hours.
You can't judge any of these numbers yet, supply is too limited.
Early demand does suggest ps4 is likely to be the bigger seller but things can change. It will be months before we really know.

All Call of Duty Games Ranked from Worst to Best