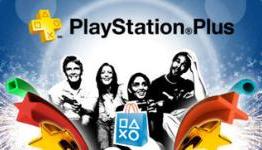 Playstation Plus: a great service with ungrateful customers

Playstation Gamer League writes - Some things flourished with the beginning of the Playstation 3 era such bigger games and systems that could do more than just "play games". One of those such things that has blossomed since it's release is Playstation Plus.

Its about time somebody said it! I've been thinking this for a long time.

Yeah people always say scea sucks or scee sucks or scej is the best or worst. I get awesome stuff across 3 platforms and those sales! Come on sales on top of sales

Although I personally have never got around to joining PS+ (my vita is the only Sony system I use much), the service is unparalleled in terms of quality and value. It's ridiculous how much you get for only $50 a year.

Its a growing trend in today's culture. The more you give, the more they want. I for one think its a amazing value for your buck. Too bad greed is so prevalent in today's society.

Take what you're offered and be content. Stop whining.

PS+ rocks wherever you game.

1) Plenty, if not the VAST majority, of PS+ subscribers don't complain.

2) If you are new to PS+ having switched from XBox360 to PS4, then most of the games available each month are meaningless to you. You were also promised a game for PS4 each month, starting with Driveclub on release. Driveclub was delayed so they gave us Contrast and Resogun as compensation for breaking that promise. If no game comes in December, you have basically paid for 2 small games, Resogun (which is totally awesome) and Contrast (which is up and down). So its not like the PS4 people are getting overwhelming value so far like the author is saying. Personally, I am not complaining and I am very happy with PS+, but I do want to play Devil's advocate and rebut the author's pomposity.

I think Resogun was always intended to be one of the free games for Plus on PS4. That aside, Drive Club will return.

More to the point, I think it's pretty well understood that there can't be too much in the way of free games at the start of the PS4's life, because there simply aren't that many games to offer for free. Not to mention: you talk as if the subscription will only net you Resogun and Contrast for the first year's entirety. Unless you only bought a month- and with the sales going on for Plus right now, why would you do that?- you'd still have 10-11 months after December to rack up on the free games and discounts.

Plus, the fact that one subscription nets you access to the bonuses for all three consoles means the value stays high. Maybe you don't want to go back and buy a PS3, but you'll still be getting Vita games for free, and with that complementing your PS4 quite nicely- through Remote Play, if nothing else- that's just more of a reason to pick up said handheld.

In short, I think the value is just fine, unless people don't know how to be patient.

I am well aware that the subscription will get me more than Resogun and Contrast, and I am not talking about my personal situation (I have a Vita, so I get the vita games as well). I am strictly stating that for someone who only has a PS4, the value of PS+ hasn't been very high. In the long run, it will be, and in addition, I would point out to those people that the day one PS4 actually came with 3 free months of PS+, so they didn't even actually pay for it. I am simply stating that they haven't gotten that much yet from mid November through at least New Years, all they got for PS+ was Resogun and Contrast, when they were promised Drive Club plus a free game every month.

People that have been with PS+ for a long time have gotten a TON of value out of it. People with just a PS4 who joined in mid November, not so much....yet. I don't think they should be called ungrateful.

Contrast and Resogun ARE the games of December!!
When are people gonna realize this?

Just because they came out on launch day (Nov 15th in USA) doesn't mean they are for November!
They did that so you would have something immediately at launch.

EU's launch was Nov 29th and usually they always get their games a few days before the actual month.
This time they did the same for USA coz of launch.

Here's the clip stating games for December in EU.
http://www.youtube.com/watc...

"Just because they came out on launch day (Nov 15th in USA) doesn't mean they are for November! "

Actually, it does. By definition. A game that is given to you free on November 15th is a game given to you free in November. Although that is just a straw man argument to distract from my point...If a person were to be brand new to the playstation universe, and they didn't get anything from PS+ between November 16 and mid to late January, I don't think that person should be called ungrateful for saying they haven't got much out of PS+, when they were told they would get driveclub on release and a free game every month.

Yes, you make a very good point because of the first-time users. I guess what they could of done is give Resogun at launch and Contrast in December (or vice versa). At least that way it would look like a game per month.
Wait a minute...
it is though isn't it???

You get 2 games in Nov and none in Dec so you could look at it as 1 game per month.
Couldn't you?

The real issue here, I think, is the time of delivery. It seems like a long wait until Jan to see some new PS4 PS+ games.

Thus, I understand the frustration of some. Let's just focus on the future!! It won't be like this again from Jan onwards.

I got my sub for 30 bucks ...I'll go ahead and say awesome service, considering one of the games I'm getting is DriveClub

Well, its good if you keep giving them money. But the instant you stop paying, those games are no longer yours. Guess it depends on the type of customer though, some people will go out and rent 10 games for $60, some people will buy 1 game for $60.

Maybe it's just me but I don't care if I can't keep the game. Microsoft gives u old games u can buy for 5 bucks. Sony gives me grid 2 which is worth 30-40considering it just came out, I mean come on I'd rather take the worthwhile game play it delete it and move on. This "we can keep it" complaint is reidiculous. Not to mention all those beautiful ps plus sales! 3 extra bucks off sometimes 5!! Come on forget about it

I was ready to blow up aurthor after seeing the title but after readin it he is right.

I for one love ps plus the amount of content iv gotten this lasy year and a half is ridiculous for the price I paid.

I encourage anyone that doesnt have it to get it.

Even if ur just gamin on ps3 and dont meed it for online it is still well worth it.

Been loving it since day 1. If anything it has opened me up to a lot of games I never would have played & a lot that I would. I will be a member as long as it's an available service.

I agree completey, the most recent I can think of is Virtues Last Reward on Vita. If it weren't for PS+ I'd probably have never played it, but I did and loved every minute of it, it's an utterly fantastic service as I've said from day one and I recommend it to anyone who owns a Sony console.

As long AAA games keep showing up i wont complain.

It's an amazing service. I have never complained.
I have a ps3-ps4 and a Vita. Ive only been a subscriber since june/july. Whichever month we got Battlefield. My backlog is already incredibly long just from PS+.
We get Borderlands 2 this month. Yes I already have it so I won't download it. I won't complain though. It's an amazing game. Yet I see people complaining about it. They say "everyone already has that game who wants it" ect.
So what, the people who have yet to have played it may be turned into fans. Thats why the developers sign these agreements.
Don't complain, just be grateful we have a far superior service than Xbox users have. Isn't that what it's all about anyways? Being better than Xbox?

I haven't got Borderlands 2 in fact. Reason being coz I have a huge backlog of games thanks to PS+. So now I just started Borderlands 1 to finish it in time for Borderlands 2 :) Both games got them free with PS+

PS Plus offers more to the gamer, but doesnt forget about the consumer with great deals across all media types. Spending that $50 knowing no regrets, only great value.

Agree 0Disagree 1
▼✖-+
SPAMInappropriate
Show all comments (22)
The story is too old to be commented.
40°