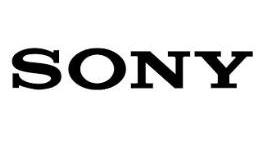 There is a general circle in game development. Software needs hardware. Hardware needs software. Both need each other to keep the industry thriving. So with that said, Sony and their third party support need to have a fruitful relationship. But during the early part of the PS3/Wii/360 era, something changed.

put it to you this way, japanese games don't sell xbox in america & they don't sell in japan either so whats the point. now i know people are gonna bring up Resident Evil or Metal Gear, but you gotta remember those franchises transcend certain demographics.

You make a very good point there.

But I assume that it's to save face. If they flat out stopped trying in Japan, to them and most others it would be seen as a defeat.

So it's probably a pride thing even more than it is a business issue.

I really hope so.

They can always go ios/android and nintendo. But more importantly they need to LOCALIZE THEIR GAMES. Looking at you namco, still haven't seen my Tales VITA game.

Pretty much this: Sony saved these ungrateful fuckers from a sorry existence in the shadow of games like Mario, which would eventually led to third parties overall just dwindling out of existence. Sony created the games industry as we know it today because THEY were the ones who paved the way for third party developers and publishers to be the driving force of gaming, and then the same assholes they opened it up turn around and start supporting a console brand with users that don't give two shits about their titles, and look what's happened. Their games suck now. Fewer and fewer people are buying them. These companies are beginning to disappear, and it's their own damn fault. I'm looking at you, Square Enix, Capcom, and the likes. Go fuck yourselves.

this is good news for PS4

The gamers who loved Japanese type games stayed with Sony and Nintendo. When Japanese Devs went and made games for other consoles their sales dwindled because they were marketing to the wrong type of gamers. When you think of Sony you usually think of those JRPGs that we been lacking last gen on Sony consoles.

Japanese developers have to realize that their fanbase are waiting for them on the PS4, they will get the support they deserve as long as they create something genuine to them.

Come on, Konami. Bring back the Suikoden series.

I would sell my soul for more JRPGs!

They need Sony for console but Nintendo for handheld and nothing for Microsoft.

Although M$ is being desperate for KHIII on Xbone like wut?

Agree 0Disagree 0
▼✖-+
SPAMInappropriate
Show all comments (11)
The story is too old to be commented.
40°Fresh4

We Were Here Forever Review by Video Chums