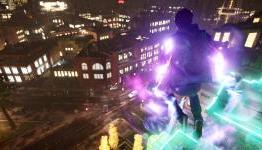 Adhttps://store.steampowered.com/app/1488200/Symphony_of_War_The_Nephilim_Saga/?utm_source=n4g&utm_medium=native&utm_campaign=sow_n4g_native&utm_content=png
- Comments (132)+ Comments (132)
TopNewestOldest
Expand all
The story is too old to be commented.

Any chance someone could link the pics to me? There's a bubble in it for you :)

That Cinematic open world look is on point.

Click at that random language link which means skip the ads.

All you have to do is press the link at the top that says "Acces direct a votre site" which is French for basically skip the ads...

Some random foreign site couldn't possibly be the actual source of the photos?

I shouldn't be so surprised that a company named "Sucker Punch" would be so good at catching people off guard.

These are just GORGEOUS!

I can't wait to get this game, those visuals matched with super powered open world game play.
Match made in gaming heaven.

Simply stunning!! This coming from a PC gamer with a top end rig. Just shows what can be done with optimized code.

Just think, this game is only 6 months into the life of PS4, imagine the graphics in 3-4 years from now.

I appreciate your comment. It's very rare for a PC gamer to admit when a console game looks phenomenal.

Notice the ray tracing on the streets from the neon lighting. Killzone also uses real-time ray tracing. I cannot believe in this day and age we are seeing ray tracing make its way into games. Totally amazing that technology has come this far from the bleeps and bloops we had just 20 years ago.

Yes thanks for being honest about it. Its rare to see PC players actually acknowledge games on other formats. I - as an old PC gamer - feel happy seeing this post and i hope you'll have a great gaming year. :)

Definitely a rare but pleasing site. ...

Son of a monkey's uncle..

aw yeah! stunning is the word!

Just found this image and thought I'd share it..

it gonna be very scary when we see SSM,ND games on ps4

i'm not ready for this

Hmmm. Back to the old comparison are we not? The difference over time for launch and end games will be far,far,less:

1. The PS4 uses x86 architecture which has been the default for PC's for a few years, therfore developers are highly used to it rather than they were to the cell processor in the ps3 or the PowerPC for the 360. The powerPC and cell required YEARS just to learn it, to simply learn it but the thing is we have already learned and exploited x86 architecture very far.

3. Development price, if graphics become so outstandingly realistic they will cost the developers far, far more to produce.

If you ask me this gen we WILL get closer to photorealistic but we will still be far,far away. Im guessing the first photorealistic game will be produced around the early 20's (i.e. 2020-2025)

No, they upgraded the compute commands the GPU can handle to 64 from 8 so the CPU can offload tasks to it (kinda like the ps3 where the cell was used to alleviate the GPU, but the opposite paradigm), developers are barely tapping into that as of yet.

It's going to take less time to get to know PS4, but there will be the same potential for improvement if not much more over time. This isn't even its final form.

About diminishing returns, if we indeed have reached a point where mesh geometries and polygonal count aren't so relevant anymore, it also means more resources will be allocated in other systems, like lighting. This is already happening.

You are really setting the bar low.

Even these small compressed screens are impressive! - fixed.

Don't think you get how small and compressed affects the image quality. Judging a game by these screens would be like judging a game by watching a Youtube video in 480p.

That would be like saying omg game X has no jaggies whatsoever based on a low quality video.

I'd rather wait for proper screens before I start going ooh aaah.

"Don't think you get how small and compressed affects the image quality. Judging a game by these screens would be like judging a game by watching a Youtube video in 480p."

Exaggeration much? Those screens are 720p. Also a 480p Youtube video looks much worse than a 480p screenshot.

Look at the images linked by sack boy 305 at the top of the page nothing small or compressed about them and they look down right amazing! This game is definitely on my must buy list.

We have seen enough of this game to realize it is beautiful. Who cares if these screens are compressed when we've seen other screens and actual in-game graphics and gameplay? The game is jaw droppingly gorgeous

Did you click on the image to enlarge it?

Looks as good as all the bigger screens and vids we have seen. Whats the prob?

I can't wait 4 dis game I'm goin 2 play it til my knuckles bleed!

You should try it with your fingers :)

I cant wait, I can just see myself being so immersed, its so beautiful and looks just.. great! ^-^

That looks so sick

it looks like sony studios are sharing code again. It kind of looks like the lighting from killzone and that is not a bad thing.

Other games already show that ;-)

Dead Rising 3 is a fun game. I think next dead rising game will look a lot better then dr3 considering they had to rush the game out for launch. And I wonder how Watch Dogs will look like when it releases next year.

I wonder if DR4 will be multiplat like DR2

That's what impresses me the most. That it's one of the best looking games despite being open world. Those neon powers look absolutely amazing. Kinda makes me want to have a bullet-time function just to see it in slow-motion.

Needless to say that the gameplay will also be top notch. Infamous was one of my favorite series this gen. Glad they decided to continue the series on the PS4.

I don't think so. GTAIV mods are pretty amazing. And then there are the Skyrim mods...

How? What he said isn't true, lol.

Those do not push anywhere near the particle effects this is pushing.

Eh, if you want particle effects then you should check out some Physx supported games like Planetside 2.I'd say it has SS beat. Pretty cool actually, check it out if you haven't already:

Cant really count mods as they arent really part of the game,ya know?

Why not? They're free, you download them, and bam, they're part of the game.

neon is the new black.

It doesn't even look close to Ryse

apples to oranges comparison there bub.

OT:Game is looking like its gonna be a blast.

Why do you hate your bubbles so much?

And why would it?

Your right Second Son is in a league of its own.

Thats cuz it looks miles better :P
Lol im trolling but it does look better and its open world game

Im sure its meta will be higher than Ryses. I mean it cant be hard to top a game with a 61 in metacritic.