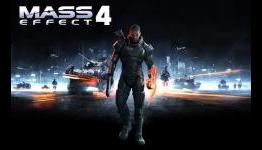 Mass Effect 4 News – The Producer Himself Got “Stunned”

The stellar trilogy is ready to stun its die-hard fans with another fabulous sequel of Mass Effect. The fans are like craving for some sort of news about the upcoming game and here I am yet again to provide you guys with it.

I'm not worried about Bioware delivering an awesome Mass Effect experience. I'm worried about EA executives, sitting in the corner over there, ready to pounce and push the game out for sale during the alpha build.

They surely had to learn their lesson with the backlash they got for Mass Effect 3. They will definitely deliver this time. Also, they change to Frostbite will be great for the franchise. I can't wait to see how it looks!

One is gone... but the EA+M$ partnership is strong as ever. There is a slim chance of them pulling the "timed-excluvise" card....

Anyway... im not sure if ME still has the same appeal as before when it what new and fresh... definitely not a system seller anymore. jm2c

When news of ME4 first came around, EA execs vowed to not have creative influence in the developer's workflow. Since then they've removed online passes, and proved that they sincerely hate the title of worst company ever. They only do it for profit, but still.

Is ME4 confirmed as a sequel and not a prequel?

I heard it was a completely different story, just in the Mass Effect universe.

If the loading screens in 3 were to be believed, I'd wager a guess as a sequel. But who knows.

Way back when they released the extended cut ending, Bioware hosted an hour long BioCon lecture. Even back then, about a year ago now if I'm not mistaken, they said they were specifically listening to all our chatter and babble about our distaste for the ending and where we think they should take the series in the future. Basically what I'm trying to say is that they saw that one thing was clear: Mass Effect players do not want a prequel. I would almost guarantee, happily, that the game will most likely take place during or slightly after Shepherd's reign.

i think there going to turn this into a game similar to deadspace 3 on which you can purchase with real cash anything u want.
i hope they dont go down that way as it will take some fun from it

He got hit with a Stone Cold Stunner? Ouch..

awesome, i better get and play more of and finish mass effect 3, from what i hear its dissapointing but i got it for $25 so might as well play it in prep for ME4.
also it seems the frostbite 3 engine is fast becoming this gens unreal engine....which is a good thing though i would like to see what devs can do with other engines.
all in all im hell excited about what this gen has in store.

I actually quite liked it :) So I don't think you'll be disappointed.

ME3 was amazing, the ending fit well, people were just babies. If you enjoy ME, you'll truly love the third installment.

They said the same thing for Mass Effect 3... the result was a meh experience.
Better to keep your hopes down than up guys.

ME3 was incredible. What didn't you like, the ending? It fit well for what the whole series hammered home. Sacrifice for the better good.

It's not just the ending. But the amount of hype leading up to ME3's release, about how epic the journey would be to the final battle... just felt empty.

Going from one place to the other just to round up your crew (again) seems so... trivial.

If you look onto the series as a whole the third game was the worst of it all. Major decisions from ME1 were minor cutscenes or just footnotes in your resources as mail or message. It was really a shame in my eyes.

After ME1 they totally dropped the ball on exploration. I loved the MAKO in ME1.

There are more things but I don't want to put a wall of text here. Don't understand me wrong, I love Mass Effect as a whole because of ME1 and ME2, but ME3 is the first ME I didn't tried to get all achievements because I was so disappointed.

I do agree that boiware overhyped your decisions in the series would truly alter the ending you get. I thought the story was well written and adventurous in the third installment.

I 100% agree with you on the exploration. Although the MAKO was tiresome when the planet was rather large, but if they could have found a sweet spot to shrink the size of the planet and a little bit of maximizing the gain you get, they should have done that. I really think it will be more indepth now that they have blu ray to work with. The universe should be greatly immerse and I am truly anxious for this game.

I don't believe producers/publishers hype anymore. Every time the producers are "stunned", "excited", blablabla. Instead of only talking about I say: "Show us". ME3 was the worst in the series and I hope they have learned from it. I really don't talking about the ending, I am talking about the promises were made with the first game and then it went downhill all the way.