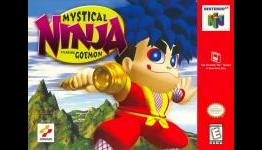 All too often, the ever-changing taste of the gaming masses has led to plenty of truly amazing games being passed over. Games of flavor and unique charm have long had an unfortunate track record of being passed over; regardless of critical reception.

Mystical Ninja, good old couch coop.....I HATE this game it tarnished my childhood. That one level we couldn't beat after playing for what felt like hours.

Which level, if I may ask?

I still have the 'Impact Transformation' song on my Ipod.

I was referring to the old SNES game not the N64 version. I honestly didn't know until now they made a 64 version. I think it was the chapter after the 2nd boss. It's been years maybe 20 years now.

I loved this game.

Interesting list. One game, I don't know if it's "underrated", that I would like to see come back in some modern form is 'Silent Service'. I think an action/sim submarine game on new hardware could be fun.

Iplayed the crap out of this game on the NES. And it was good strategic fun. Of course it's dated now, but I could imagine a new version. People play mech games and flight simulators, but sub sims are missing from current games. I'm sure there's probably some obscure PC game out there, but I want to see a multi-plat game made by a decent sized development team, with some real funding.

An open map MMO with people playing against each other like War Thunder would be cool. Subs and ships... now I'm getting excited just thinking about it. I need a life.

Isn't the new Silent Hunter kinda sorta like that?

Nice... I'll have to download it when I get home from work.

Depressing as hell, though.

Mystical ninja and Quest 64 just liked to tease us that N64 did not have a proper RPG. Loved the system, Nintendo has never been the same since.

I thought Resistance 3 and inFamous 2 were way too underappreciated

Pretty much all of the good games on the Playstation Vita, Microsoft Xbox, Sega Dreamcast or Nintendo Gamecube, which are all criminally underrated by virtue of being on consoles most gamers don't want anything to do with.

Not to mention every single PC game from before 2005, thanks to the massive influx of graphics-whores.

I was gonna agree with your first paragraph til I got to the part where you said "consoles most gamers don't want anything to do with."

Pretty much everything you named- except the Vita, which is too new- has been afforded legendary status, even if it didn't have the sales of the competition. Rather than gamers wanting nothing to do with them, it's more like most gamers these days know nothing ABOUT them. Even so, each of those consoles had their gems that any gamer over 15 knows about.

Sorry, no. There's a big difference between "legendary" and having a large cult following. And if you think every gamer over 15, or of any age, is familiar with the libraries of those platforms, I hate to say it, but you are very out of touch with the average gamer.

The average gamer plays the latest Call or Duty, or Farmville, and little else.

I will have to check out those two jrpgs some time.

Suikoden II is literally everything an amazing JRPG should be. No other game compares - from that era or otherwise. Truly mind-blowing quality.

God Hand, the clear choice for greatest game of all-time