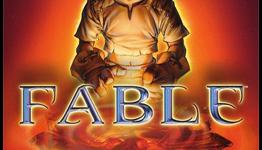 Lionhead's upcoming Fable Anniversary is being designed with two audiences in mind. First, the game marks the first time the original Fable (and its Lost Chapters content) is available natively to the Xbox 360 – giving fans who jumped aboard with Fable II a chance to see where it all started. The game's also been revamped to give veterans a reason to go back to the game a decade later.

Fable is one of my favorite games of all time

Way too short sadly but still one of my favorite role playing games. Sequels never lived up to the original.

Agree with both of you, they had something going with Fable, and just couldn't duplicate, and improve upon it with the sequels.

Fable: The Greatest Game Concept That Never Was

Every new beginning comes from some other beginning's end

I'm Obsessed with Enhanced Xbox 360 Games on Xbox One X

Xbox Priding Itself on Future and Past Exclusives

The Witcher 2, Crackdown, Fable Anniversary Look Great In These Xbox One X Captures