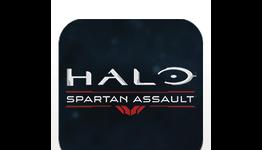 In a move that should surprise absolutely no one, Microsoft has announced that Halo: Spartan Assault -- the top-down, twin-stick shooter previously exclusive to Windows Phone, Surface, and Windows 8 -- will be released as an Xbox One and Xbox 360 digital download this December. A price has not yet been confirmed.

Well, many people did want the game on the xbox, so that's cool, but I already bought it for my phone and got all the achievements, so I'm good.

Great news for me, I loved Halo Wars so I wanted to play this but not getting it on my crappy laptop and dont have a windows phone. This is another nice addition by micro.

lastofgen any thoughts on the game, how is it?

It's pretty good, not mind-blowing by any means. The only reason I got it was so that I could play some halo on-the-go so. Also keep in mind that the game is pretty short (although the developers did add 5 new missions for free). The daily challenges keep it going, but I have to emphasize that the campaign is short, but it looks like the developers are adding more features, missions, co-op, new enemies, and weapons for the x360 and x1 version, so that should fix some of the issues I've had. But other than that, the game is solid, has tight controls, and great visuals.

I'm really looking forward to this to fill the gap until Halo 5 comes out.

And because many Windows apps are compatible with Xbone there will be a stream of endless games that is much richer than a handful of indie games that PS4 will have.

Thanks bro, I'll check it out.

here we go, another Halo spawn game. not surprised it is announced on x1

So if Microsoft, who publish this game entirely on all platforms, do not do Cross Buy for this, then forget about it ever happening for 3rd party/indie games.

You are right but it is the most battery draining thing on windows phone and got my 920 hot as hell, it was absurd 😊

YEAH!!
got this on my WP8, my thumbs get in the way of the action on my little Nokia screen tho.
Hopefully they will do a smartglass control thing like the new Tom Clancy.

This works pretty well on my asus vivotab so I'm not too fussed with a xbox release.

Cool, I have been hoping for more announcements like this, some digital content gaming that wont cost 60 bucks

YES! Launch window Halo! Definitely getting in on this one. Co-op and new features too? Great way to have digital content available for those who don't want to buy $60 games constantly.

they are, along with new missions, weapons, enemies, and missions.

Nice to see MS continues to support X360 and nice to see there is additional games coming out in the launch windows for X1...

The Top Five Top-Down Shooters Worth Checking Out

All You Ever Wanted To Know About The Halo Franchise