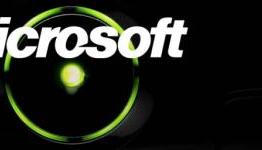 Microsoft’s Devices and Consumer Hardware segment had a strong first quarter, but its performance was, for once, not due to the success of Xbox 360 hardware sales – although Xbox Live is minting it.

The platform holder noted a 37% year-on-year upswing in the Devices and Consumer Hardware segment, but it was sales of the Surface tablet family that spurred the rise, with $400 million in revenue.

As for the Xbox 360, it shifted 1.2 million units – a 29% decrease year-on-year, which is unsurprising given the launch of the Xbox One next month.

A bit late for Q1 numbers as that was April, May and June. So that sales decrease came during the announcement month of X1 when MS still sold more consoles than Sony.

Same thing I was thinking, but when it rains it pours. People look for certain types of information they will find it.

I have nothing better in life to do.... Someone give me figures.... Find more MS negatives.... Or tell me how Sony has been destroyed in every area except PS....... Please....

MS's Q1 starts in July. This is the quarter ending Sept 30th. Sony reports their earnings for July-Sept (Q2 for them) on Oct 31st.

Who has their Q1 from July till September? The majority of all other companies have it April - June and some January - March. It`s a very odd choice to have that being Q1 kind of out of sync with most of the finance world.

when xblg renders the the system near useless without it i'm not surprised by the revenue from it.

Not bad at all, and this is part of the reason that Sony have included multiplayer subscription costs, and you really cannot blame them

Becuz MS and its fanboys paved the way for sony?

What have fanboys got to do with a company making money?, that is the idea of business, you know, profits......

ok i guess fanboys got nothing to do with anything.
but somehow somewhere, ppl really liked the idea of paying to access the multiplayer part of their games.

it is my theory that a logical person wouldnt support such a idea. but that's just me.

but i do agree with ur first comment though.

I'm sure the new cheaper 360e model with functionality taken away (optical out port, component/vga support), yet no drop in price didn't help 360 sales.

Add the lack of exclusives to that lost of detriments, too.

Microsoft bought Nokia with the profits they make every 3 months. This is so unreal.