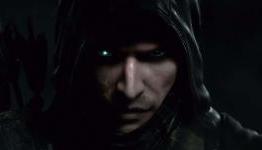 Eidos Montreal's latest entry into the Thief series has abandoned the XP mechanic it introduced during the game's E3 2013 demo.

The system previously rewarded players with bonuses for performing certain feats, such as killing enemies with a headshot. Many fans of the previous games in the series said such a mechanic did not fit in with a traditionally stealth-orientated title.

It's one (of the ten) reasons I hated Hitman Absoltion

If your "supposed" to play stealthy why should you get rewarded?

Why does everything have to have an XP system these days. Gameplay should speak for itself. If you are satisfied with a headshot for example, that should be enough. I don't need points for it. How old fashioned a concept. I thought we had got past that.

one of the thing that annoy me the most in GTA Online , seeing numbers flying of dead bodies

At least, they took out and listed to the feedback. Just please Thief, please stay true to your roots.

EXACTLY. I'm not a Theif fan but it pisses me off when these "Stealth" games give you the option of just killing everything and be loud as ever. THE WHOLE POINT OF STEALTH is that you're outnumbered and overpowered so you can't engage them directly. Thus you go in it a a stealth mission because its too dangerous to do it any way.

On top of it all, you get these 'stealth' games where not only do they give you the option to totally ignore all stealth, but they also basically make you Neo and, despite being outnumbered, you can take down all your enemies with ease.

Thief 4 will have a combat system for those unfortunate times in which you'll make a mistake and be found, but at least they made the combat system somewhat poor so that going full agro won't be a viable playstyle.

*they took out the XP mechanic and listened...

Sorry. My original comment had some errors and it was too late to Edit.

Where Have All The Stealth Games Gone?

Close Out an Awesome Year with December’s Games with Gold