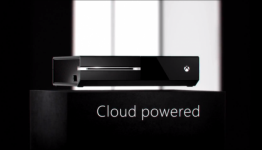 Server costs can be expensive, and when you’re a smaller studio whose most recent game didn’t exactly light the world on fire, it might not always make sense to keep the multiplayer lights on. Fortunately, developing games on the Xbox One gives creators free access to the all-powerful Cloud – even if this technology is pretty pricy on Microsoft’s end. It’s a resource that plenty of companies should enjoy, and one that Microsoft's John Bruno feel will keep many smaller games alive.

Really wish MS would stop with the whole cloud nonsense. Steam has been doing it for 10 years already and has far more to offer than live.

I only think the cloud works for the saves and game / film sales. The whole "render in the cloud" and all X1 online being in the one big cloud doesn't appeal to me as something to consider if I was going to buy an X1.

The article wasn't about rendering in the cloud, but I am sure you were aware of that.

I was. Just mentioning it before the usuals come in here and scream "PS4 fanboy" at me because I can see it for the fad that it is.

Because you know better right?

you should ask for a job at MS since you know more than they do!

think how much they will offer you, wow!

The fact that you expect people to call you a PS4 fanboy is very telling. Look at your comment. No relevence to the article, you saw the words "Xbox One" and "Cloud" and immediately rushed in with some cynical BS.

You ARE a PS4 fanboy. The only reason you hate the idea of MS' unbeatable cloud infrastructure is because Sony will never be able to dream of matching it, in any regard.

The best they can do is come crawling to MS on all fours to beg them for some server space. Then, maybe, JUST MAYBE, you can have a taste of the cornucopia of awesomeness that MS is serving up.

I since that some PS fans are becoming very frustrated over this M$ cloud thing. They keep harping on storage. Yes it will do storage, but that is just part of the deal.

The BIG news is that all Multilayer games on X1 will have access to real dedicated servers, that actually host the online games. What this means, is that if you have a decent connection, you will always have a better lag-free online gaming experience on X1.

That helps M$ directly, by attracting more online focused players who want the best possible experience. It also means that huge opened word games like Destiny and shooters like Titan Falls; Battle field; Call of Duty... will all perform bets on X1.

Sony could buy or rent some server farms to run some of it's exclusives, but I suspect it would be up to 3rd party to finance those servers if they want players on PS4 to have a similar experience.

Someone who comes into an xbox related article to say he is tired of hearing about features about the xbox, and then says he isnt a fanboy.

if you dont want to hear about it why are you taking the time to make useless comments about it.

what can't be done today might be able to be done tomorrow... just because it's currently not available doesn't mean it'll never be available... or if you do believe that, never get into the games industry nothing will change then

I hate comments like this. I am a fan of both consoles Btw.

1. Why read an xbox article if you don't care or aren't buying one
2. Cloud is an awesome new an innovative new console feature that xbox one is finding new ways to use. Steam does not have features that Microsoft has explained.
3. Sure Mabye it's all just a fantasy and Microsoft could pull a 180 on all these cloud features but all these possibilities would get and gamer, geek or just about anyone with computer and networking interest excited!

Just stop being a advocate for Sony if this was a feature ps4 had you would be Hyped, sure, the power of the cloud was not the something I considered when Ipreorder eeither of my consols but it's something that could quite possibly change the way we game.

Heaven forbid Microsoft not receive citizism for trying to push the limits and do something new..

dude why do you have to spin something this gooe into a bad thing?like it or not this is a great idea...deal with it.

@all. I'm a PC fanboy, not a PS4 fanboy. And for the guy who said I'd be all for if it the PS4 supported it, I wouldnt't and I'm glad Sony aren't supporting it.

I am a firm believer in the good old form of buying games on disk and having local hardware do all the rendering. The reason I mention rendering is becasue that's what MS are trying to promote Aruzre as being it's main feature. Buying any game on it on a cloud system isn't anything new or special. And until everyone has a fibre connection, a 50-60GB game is going to be an undertaking.

1. I can read it if I wish.
2. "Cloud is an awesome new an innovative new console feature that xbox one is finding new ways to use."

Still nothing new and I like the way Steam does it. More simple and straight forward.

3. I'm not an advocate for Sony. They have got just about everything right for next gen but I'm a PC gamer first and I always use common sense when making decisions. Even if others don't like it.

That and when MS did push the limits it's resulted in the most humiliating PR disaster we've seen in a long, long time.

This is completely off topic. This isn't about cloud storage, which is all Steam offers. You do come across as a fanboy, but really you come across as ignorant, as in, uninformed and unwilling to learn

The problem is that people who don't understand the technology, of the significance of scale, feel the need to comment on MS solution.

Sure dedicated servers and cloud computing are nothing new. But the benefits to gaming haven't been fully realized for logistical and economic reason.

What Microsoft is offering to developers is essentially access to free dedicated servers on demand. Traditionally, if a developer wanted to make a game with an online component, they would have to figure out who to rent servers from, and where there servers would need to be located in order meet demand. It would also mean shutting servers down as a games popularity no longer justifies the cost of maintenance. Smaller developers wouldn't even think about an online component because they wouldn't even have the resources to get started.

Microsofts cloud service makes online gaming scenarios economically feasible for anyone who wants to participate. For example, if a dev wanted to make a game where the player can verbally ask questions to npc's, who would then pull answers from the cloud (ala Siri), you'd need to have something like MS's cloud in place, to meet the fluctuating demand in a way that's cost effective to developers AND guarantees that this feature wouldn't need to be removed from the game once it starts to become less popular.

Simply put, this service has way more potential than you want to give it credit for

Oh Steam is offering dedicated servers to all developers on their platform? This is news to me

This will be good, been playing WRC2 (Xbox360) but no servers online, so some achievements are not obtainable.

xbone has the inferior console.. but we have cloud computing!! we cant really show u how it works but we have free servers for u guys!! oh activision? dice? u guys are using private servers for both cod ghost and BF4 on all consoles?.. no please.. were kidding our cloud service is FREE come come come..

I still reckon Blow had this right. For these to all be free, I'd assume he must be. Likely, virtual servers.