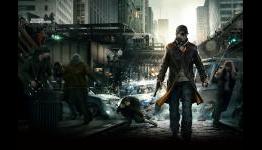 Watch Dogs Has Been Delayed Into Spring 2014

The delay includes all versions, per the following statement from the Watch Dogs team:
“Our ambition from the start with Watch_Dogs has been to deliver something that embodies what we wanted to see in the next-generation of gaming. It is with this in mind that we’ve made the tough decision to delay the release until Spring 2014.

Adhttps://store.steampowered.com/app/1488200/Symphony_of_War_The_Nephilim_Saga/?utm_source=n4g&utm_medium=native&utm_campaign=sow_n4g_native&utm_content=png
- Comments (296)+ Comments (296)
TopNewestOldest
Expand all
The story is too old to be commented.

Much respect to Ubi for delaying it instead of just releasing it broken or unfinished. I have plenty of free to plays to play on my PS4 until then anyway :)

eh o well..like you said plenty of games will keep me occupied.

Yeah I agree with you. I'm glad I got the Killzone bundle from Amazon instead of the Watchdogs bundle. I wonder what will happen to those preorder bundles since the game is delayed?

Considering it was never an official bundle... they would have shipped the system and then the game.

I'm gonna be the over emotional voice of NON-reason here and say "SCREW UBI". The one unique non-shooter for the launch of next-gen, and they can't make deadline. I'm pissed.

Don't know if it's an actual delay, or if they're not wanting to launch two huge sandbox properties at the same time. I can understand not wanting AC and WD coming out the same time since so much has been invested, and they will attract many of the same gamers with not enough time to play both, but damn... damn, damn, damn.

I really wanted this game on day one.

No clue why you got disagrees.

But, its true. I believe on top of it not being finished, this Holiday season is going to swarmed with a lot of games (like always).

I know for a fact all the parents who buy their kids games only (or specifically) on holidays will have a huge back catalog to fill, for those who didn't get them day one.

Wow, extremely late to announce a delay, I can only think someone figured out that they probably shouldn't release two big games in the same timeframe.

Infamous Second Son for me -_-

This is going to hurt!

A lot of people were looking forward to Watch Dogs, me included. And to leave until Spring 2014 (read June at the earliest) is crazy. There was massive hype over this game.

When it releases we will be all over next gen and other games and I think this game will suffer in sales. Not a way top treat your future customers - a month's notice.

Feel sorry for all the confusion this will cause on pre-orders. And I bet Sony must be well peeved. They were backing this game in a big way.

Sony probably pushed them to announce it as a 13 launch release to bolster presales before they admitted a delay. I would imagine the same thing across the boards for next-gen.

Dang this is depressing

While it sucks that it wont be releasing on console launch day I am ok with this decision. UbiSoft wants to put out a quality introduction to their new IP. Wonder what details are they trying to fine tune.

Maybe Watch Dogs was being watched and got hacked, LOL

Yeah, plus it'll save me another $60 at launch, unless I swap it over to Assassin's Creed - but I'm not sure if I should.

"All orders for the Watch Dogs PlayStation 4 bundle
will keep their place in line and we will fulfill the PlayStation 4
(without the Watch Dogs game) in accordance with your current delivery
estimate. We are working on adjusting these orders and will update you
as soon as we know more."

It makes more sense, why have two open world games from the same publisher compete with one another at the same time.

Assassin's Creed is the safe bet for launch, and Watch Dogs is better served spring 2014.

I bet this had to do more with the secret fact that the Xbox One port wasn't up to par with PS4.

excuse me but could you source that with a reference to something besides your sony boner?

Wow, this is crazy news and the push back is s far from something meant to come out so soon.

Reminiscent of the Rayman delay and to a much lesser extent the note of InFamous SS not being a launch title.

They know what they're doing, they must really want to impress us so hopefully the quality of the end result really shows.

If you're saddened by the delay of any game, seriously, you need to get a life and go outdoors. There's soooooo many games out there, expand your horizons if you're that much of a shut in.

Actually Gamestop and Amazon are honoring the bundle to just the PS4 system alone.

I'm gonna assume a big reason for the delay is the fact that everyone will still be playing GTA.

I have been reading comments on 4 pages and i have seen more often than not people claiming to cancel their ps4 pre order or holding off to buy it when watchdogs or infamous comes out.

This is a huge blow to sony. No offense guys if its hard to hear this but ps4 launch is heavily reliant on third party games. Now people are only left with killzone, assassins creed, call of duty, and battlefield as AAA games. 3 first person shooters and a sandbox game. Not enough to sustain the ps4 purchase.

Other games that people are less optimistic about include knack (kiddy) and driveclub (arcade racer- looks meh from what i understand of ps4 gamers). When i was buying the ps4, i was buyin to play third party games (sorry but the first party save for killzone did not interest me.) Now i feel your pain, no games to play but loads of indies- i would hold off my pre order as well.

This is dangerous for ps4 because people holding off leaves more time for the x1 to impress and if watchdogs comes around titanfall, Gamers will be jumping ship.

Damn what a nice variety- i am glad i am getting an x1.

Interesting to hear the true reason behind the delay...it will leak soon

Ubisoft deserves high praise for this. It is NEVER a negative when a game is delayed for improvements.

You're incorrect. It WAS an official bundle.

While the delay is a bit disappointing, part of me is happy that now my decision of which to play first, ACIV:BF or Watch_Dogs, is decided for me lol. Both games seem like you can put a ton of hours into each, so now I can fully focus on Black Flag.

My dilemma next year, depending on release dates, will be inFAMOUS: Second Son or Watch_Dogs. Hopefully there will be some time between the two.

Apparently The Crew is eating the delay, too.

Nice one Ubi. You know you don't stand a chance against TLOU and GTAV for Goty so delay your game.

now they maybe become the title to beat in 2014.

I don't think companies care about goty like fanboys do.

No one is going to care about TLOU or GTA 5 when they're playing nextgen games.

sorry no one cares about game of the year

sorry no one cares about game of the year

only moms shopping for xmas.

Whoah are you kidding me! this is a major fuckup. the game was supposed to launch in a month. I would be extremely pissed if I had pre ordered this. and what about the PS4 launch bundles with watch dogs. Im sure Sony scratching their heads as well.

This is my concern, The bundle hopefully we can switch the game out they just reduce the price overall to just the console

Relax, there's plenty of other games at launch of either console and those bundles were not official Sony bundles so it's up to retailers to sort it out.

that is a good point... what about those launch bundles :S probably offer AC4 now I guess as that's another ubisoft game-not really sony's fault either....

I imagine you'll just get to choose another game instead more than likely?

I guess it was never going to happen... it would have gone gold by now. Guess its back to Dead Rising 3 for me then, to be honest, will be hard to put down GTA 5 even when X1 releases....

Whenever Nintendo does that they get bashed.

oh im sure GTAV and Assassins Creed IV had nothing to do with this. We were what, less than a month from release? That doesn't seem real to me.

Can't say I'm happy about this delay to be honest.

I wonder what happens to the watchdog ps4 bundles then...

Ubisoft probably had to buy them back and they will probably destroy the bundles.

Ubisoft has one too many ambitious projects goin on.

No problem, AC4 will compensate this.

AC is the same old boring drivel we've seen for the paste 8 years.
Watch dogs on the other hand..

Pirate Creed ? no thank you i am sick of it already , people give Activision shit for COD yet Ubisoft is worst with its AC series , i've been done with it ever since the main creative director left(Inbetween AC Brotherhood Development) the studio for that reason alone "Sick of being forced to work on the AC Series"

Not surprised. They were launching it close to Assassin Creed 4 launch... so they delayed Watch Dogs a few months. That way both games don't compete with each other sales wise on the same time period.

It makes perfect sense. TBH was going to buy Watch Dogs at launch, but now that it has been delayed I will take a look at AC4.

Wow... At least PS4 had this but no Watch Dogs make their line up absolutely horrendous! Im gonna hold off and just enjoy my X1 until then.

I'm all for them taking extra time to make a better game but why wait til just a month before release to decide to do this since they have been pushing this game so hard for over a year as a next gen release tittle, just seems strange to me.

This short of notice on a release tittle is not really cool.

I just really hope it wasn't cause of the new consoles versions that they delayed it...

i doubt it was broken or unfinished. someone on ign made a good point( happens now and then) they probably saw how amazing gta 5 was for an open game and thought crap we cant release this next gen title when this old gen swan song knocked it out of the park. Most likely they went back and added in everything they wanted to originally have in the game to make it better but couldnt do to launch time constraints. You dont delay a game 6 months before launch because its unfinished or broken we would have heard about that long before now. of course ubisoft wont ever admit to this but i think its a good pov.

Dammit , while I can respect Ubi wanting the best game possible , but dammit this along with Assassin Creed IV were the two games I was getting at launch .

I would bet UBI can't get it to run on xbone . I read two different article of have in a problems running on xboned. No one has seen it run no xboned yet.

I guess they have to sit down and see how they can downgrade it to make it run on xbone.