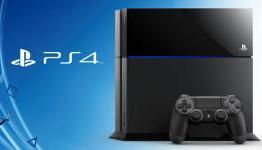 Opinion: Why The PS4 Is The Right Choice

NZGamer writes why you should buy a PS4 for this upcoming Holiday season.

Adhttps://store.steampowered.com/app/1488200/Symphony_of_War_The_Nephilim_Saga/?utm_source=n4g&utm_medium=native&utm_campaign=sow_n4g_native&utm_content=png
- Comments (85)+ Comments (85)
TopNewestOldest
Expand all
The story is too old to be commented.

More powerful yet cheaper, gimmicks are not the main selling point, but great games. Really talented first party studios that offer a wide variety of games, something that helps Sony not to rely on timed exclusives. There are many reasons why the PS4 is the right choice when it comes to gaming

*Disclaimer: If you ignore that the PS3 had dedicated servers.

Go best stuff will be coming down the roads in the future. But I can't wait till KZ:SF, especially if they go beyond the operations mode, and jet packs and mech suits. I wanna fly more futuristic vehicles.

SOCOM IS COMING BACK. : D

Yeah socom h hour! Yeah! gonna get my ps4 on day one and wait for socom.

The PS4 is the right choice for me.

Cross Game Chat is a console feature, not a service feature. Everyone can use it, not just paid subscribers, unlike with Xbox.

Netflix can be used without a subscription to PS+, unlike with XBox.

Considering that most games will be on both consoles, the PS4 is the easy choice with its cheaper price and better specs.

50% more powerful
TRUE exclusives
Best developers on the globe
true next gen controller
best online
doesn't look like a 1980's VCR
doesn't include prism "window into the living room"
100.00 less for more powerful machine
games will run in 1080p not 900p like the bone
no 180's from Sony
remote play on vita
PSN less expensive that live
the share button
blue tooth
Is all about the games and not cable tv
makes no excuses
devs around the world praising it's design
most powerful gaming console ever conceived. BANG

I don't know how many have noticed that ND, Sony's one of the biggest studios, is not even launching game during PS4 launch window. That tells you how big Sony Worldwide Studios really is. After amazing TLOU, I just can't imagine what awesome stuff ND can bring to next-gen. (hope Uncharted 4 with dramatically different play style e.g. open world)

LOL...someone in this thread is on "disagree" rampage. I wonder who could that be? :D

I love getting phantom disagrees but no facts as of why

This is true, but the likelyhood of future third party games being better on the ps4 is another huge selling point for me.

Too many games coming out even now for ps3. It really makes it hard to save for the ps4 when all the late dead ringers have suddenly come about.

To be honest I like Uncharted just the way it is.

PS4 is the right choice because....

Have you been gaming for the past 20 years?
Have Sony EVER not delivered?

Launch of ps3. But then Warhak came out and blew my mind!

The PS4 is My console of choice.

The PS4 Is The Right Choice - Fact

i agree 100% black0o but he was stating his opinion as fact. ive bought a ps4 its all paid for its my console of choice.

Im just saying that it isnt a fact.

You're in N4G buddy.

Actually if you look at it statistically, PS4 is the right choice.

Opinion. Don't state your opinion as fact. It makes you look like a fanboy.

Like you said in the Xbox One version of this article..

"Don't argue with my opinion"

@reko
I'm not a troll. I'm simply one of the few people with common sense on this website as opposed to the fan boys that worship their systems.

OT: I agree. Every gamer should own the most powerful console ever made come November.

I am really getting excited about my new ps4, still a month and half to go for me tho, i have it paid off along with 4 games so far (killzone, watchdogs, AC4 and BF4) then all those free 2 play games and free games from PSN plus will be just icing on the only cake worth having imo.

Implying there is a wrong choice.

There is a choice.

Either support an anti-consumer disgrace, or support a company that gives you options, the best value for your money, the superior technology and is focused on gaming without compromise.

Here's a though. What if the "anti-consumer disgrace" is the only one with games that I;m even remotely interested in? Should I switch to the "company that gives you options, the best value for your money, the superior technology and is focused on gaming without compromise" even if I'll be bored to tears (aside from anything Naughty Dog does)? Dammit and here I thought games were about playing the ones you liked! Please teach me! Cause apparently I've been doing it all wrong :S

In that case, don't buy either one.

Anyway, if there's nothing that's ever been on a PlayStation console that's interested you- or, in this case, if Naughty Dog games are it- I have to wonder if you were doing it wrong, as well.

Even though I hate Microsoft, there are multiple games from various developers in various genres that interest me on the 360; the same will probably be true for the XB1, even if it's not true just yet. And this is in spite of the fact that many of the fools on this site think I'm a Sony fanboy(I admit to being a bigger fan of Sony than Nintendo or Microsoft, though).

But you're saying the ONLY games that will ever and have ever interested you are the ones with Naughty Dog's paw print? No inFamous, MotorStorm, LBP, Killzone, GT, God of War? No Heavy Rain, or any of the myriad JRPGs, Dynasty Warriors, Gundam, or anything else?

Yeah, I think you ARE doing it wrong.

While I look forward to Killzone, DriveClub and inFamous Second Son the main reason for me is what comes in the future, because Sony has great 1st and 2nd Party Studios like Naughty Dog, Santa Monica, Studio Japan, Guerrilla Games, Sucker Punch, Quantic Dreams, Team Ico and so on.

If team ICO ever gets around to making a game...

Because it offers the best value.

Because it's the most powerful console ever created.

Because it gives you more options.

Because it has an amazing online network, with an absolutely incredible array of new features, which will be constantly evolving and offering new features for your money.

Because it has the best and most talented in-house developers behind it.

Because Sony has a legacy of supporting their consoles well, right up until the end.

Because they have made it their prerogative to welcome indies on board early, and as such, they will always have the best support.

Because the PS4 was designed in tandem with the Vita, which means that if you own both, you get a much richer experience.

Because the direct competition is anti-consumer and you'd be a fool to support them, and by buying a PS4 you'd be supporting a company that is actually non-detrimental to gaming and the industry in general.

take all my bubbles

Yeah this is exactly how I feel. Well said

If you prefer Sony exclusives get a PS4 not much else to it.

If you prefer multiplatform games, pick a PS4.
$100 cheaper and its the most powerful console so games will look better on it.

short answer: ps3 was hard to work with because it's using diffrent hardware than pc/360
so that's why in it early years xbox was the lead system in multiplat games because it was very easy to program and port it to ps3

What are you talking about? do i need to pay for demos on ps4? i have netflix on my wiiu or PC...

I meant if the exclusives are what you're getting at. There's way more to the PS4 than the xbox. I think it's retarded that on xbox you have to have a subscription to watch Netflix even though you already pay for Netflix.

I saw this same thing on a pamphlet given to me by an old lady except it replaced ps4 with jesus. If sony churches start popping up i running for the hills.

Wow...exact same thing happened with me. An old lady gave me a pamphlet with XobxOne word in it instead of Jesus (no disrespect to JC).

Grow up. You don't need pamphlets to convince someone that PS4 is most powerful console this generation. Just read above comments you'll understand why people are supporting Sony. Its not about their faith in Sony as you describe. It is all about what you get with Sony versus others, at a lesser price (Nintendo and MS both)

If you are rooting for PC, well, PS4 is still less expensive with comparable PC and has more exclusives.

Just saw this site trying to play both sides as though they weren't. I'm personally voting both stories down.

I like halo. Xbox one is the right choice for me.

Fair enough. Hope you enjoy it

In other words they are made to waste space and to rake in clicks.

IMO, it is the only choice, if only for the first party titles.

Been the only right choice for me since day 1 because of the Games the Exclusive Games...

Let's not ignore that shooter sales way more than gladiator games, specially in the US!

Look whose desperate for hits.

because its never let me down. not once have they stopped making the games during a generation. I know when I buy a Playstation I'm going on the full ride.

infamous,killzone(shooter with more history than halo),deep down, gran turismo and thats just off the top of my head.

if you so chose to want voice commands and a camera experience you can buy the camera.

PS4 will be the best console out there that's for sure but Killzone with more story than Halo? LOL

He didn't say story! He said history, which is true.
But that is not to say people are not entitled to their own opinion.

i dont need opinions. i take facts...and clearly PS4 is the way to go this nextgen no hidden things beyond teh cloudz wake up...

Another article that lists Resogun as PS+, but it has only been confirmed as PS+ Europe, not confirmed for North America yet.

Naughty Dog is all the convincing i need.

I'll be getting the Xbox one eventually.