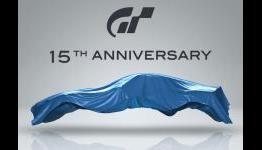 "Welcome to the ‘Top 10’ weekly feature. Each week we will be taking a look at the top 10 selling games in a particular genre, platform, most recent month, even sprinkling in the top 10 selling games from a past year. All sales specified will be worldwide, unless stated otherwise. If there is a particular top 10 you want to see leave a comment and it may be featured in a future top 10. As a note all sales figures are retail only.

While amazing, it's also rather upsetting when you look at how many amazing Sony published games have come out in the last 5 years for PS3, yet none of them are there except for Uncharted. I'm sure if they extended it to 20 we'd see a few perhaps.

Those Gran Turismo numbers though, wtf!! Every single game in the series are THE best selling Sony published games, holy shit!

Agreed. so many quality titles on the PS platform over the years and GT takes the top 5 spots.

GT3 is (IMO) deserving of the #1 due it being such a great first outing on the PS2. The graphics, the licensed music, the control. top notch in every way.

@BiggCMann - Dude, Gran Turismo /is/ PlayStation since psOne. It is my favourite /game/ of all time (followed closely by KZ's) and I'm not alone. Awesome list.

What's more incredible is that the entire list is Polyphony and ND only. Amazing. Still don't know how a strict racing sim like GT sells tens of millions every single time. That's unheard of. The magic that only a hardcore fanbase can bring you.

sony's mistake is having a very short release window for lots of their big games, and when they put some less ambitious games they have no chance of survival.

But it's up to real gamers to try real original games like Heavy Rain, Puppeteer...
Also, Sony suck as promoting their games.
GT ftw, that's for sure! haters are gonna hate but GT is massive! cannot wait for December 6th

EDIT: with Sony we need a top 100 to really see some greatness!

Heavy....F%$^%@G....RAIN!!! That game to me, deserves to have sold millions upon millions of copies. It was still a nice success, but man it deserved better.

Beyond Two Souls looks so freaking incredible though, I hope it sells great! AND DID YOU PLAY THAT DEMO YET??? OMFG!!! Gamestops Facebook page gave away keys yesterday/today, so try and get one. If not, I believe it goes public next Tuesday.

@@BiggCMan: i had the chance to try it at Gamescom but i didnt want to i wanna discover the game from beginning to end i dont wanna feel the disappointment when the demo ends, exactly what i felt when i played HR demo.

And yeah.. HR is the best gaming EXPERIENCE i have never had! period!

It's like you don't even see the part where it says Sony games, meaning published by Sony.

Step out of the cave and let your eyes adjust to the light.

PS: COD is still the top selling game on PS3, if I am not mistaken.

Edit: WarThunder changed comment completely, if he realized his mistake then I take back the troll comment.

i believe the article stated retail version only counted for this chart. if digital was included then yea i believe both would be over those you stated.

Last time i checked Gran Turismo, Uncharted, Crash Bandicoot aren't made by Sony either. Their studios make it, and that's not different with Gow3.

All those studios and IP are owned by Sony so umm.. you're wrong. Technically the first Crash was when ND were owned by Universal but unlike you my name isn't Private Pedant.

^^
As stated in my edit, WarThunder changed his comment completely after I had mine.

His original statement, paraphrasing, "We can tell Sony has commitment to their first party with the top sales, at least we don't have COD as our highest selling titles."

That's the jist of it. I was assuming he was making a jab Xbox, so I informed him that this list was of only Sony published games, and that COD is the best selling title on PS3, unless GTA overtakes it.

@HelmyBen
I suggest you learn to read the whole comment before trying to argue with me, my comment had nothing to do with GOW3 and I stated that these games were published by Sony.

I Edited my comment before u replied to me. I didn't even see ur reply.

Well remember Vgchartz isn't very accurate so take the list with a grain of salt... well except for the Gran Turismo series taking the top 5 spots that's a given, not hard to believe Crash was so huge but I'm surprised Spyro isn't there.

God of War III should be 8th or 9th, sold 5.2m in just over 2 years (by May 30th 2012), with the Saga release and other SKUs it would have at least sold another million by now, probably around 6.3m so a little above Uncharted 2.

I bet MGS4 has sold at least 6m, probably should be 10th. Hopefully The Last of Us reaches the top 10. Uncharted 2 & 3 only made the list due to mass bundling, you should look at the black friday/xmas holidays boosts for those games on Vgchartz, crazy boost.

Edit* oops just realised MGS4 wouldn't count anyway since this is only Sony's 1st party games, so LittleBigPlanet then, pretty sure that including digital sales it would've passed 6 million sales, probably well over 10 million including the amount giving away after the security breach.

I was indeed wondering why I didn't see MGS4 here, because I know it sold more than Uncharted 3 did. But then I realized they said Sony published, not just PS exclusives.

I was looking to make a naughty dog comment a while back in support of them doing a new jak instead of a new uncharted, so looked at how many sold. sadly the amazing jak series sold less than a million copies of all except 1 of them which only got inot the 1mil range.
Sales means nothing, quality means everything. But it bothers me how many gamers have completely AWFUL taste in games to where a game like Avatar based on the movie, can sell 2x as many copies as Jak and Daxter

I love Jak, i got on PS PLUS and its so awesome, brings back the old ps2 days

oh well that's better. I must of been looking at one region by mistake. maybe Europe, cuz looking again I see jak 1 sold 2mil in the US alone.
My faith in humanity is restored! praise Jebus

Looks like we know who the top two Devs for Sony are.

Gran Turismo is the biggest Sony brand! -The king-

There are many titles for the PlayStation brand, but no other comes close in sales or largess for Sony than GT. This is why Sony let PD do almost anything they want.

Gears of War: Judgment 1.26 million
Gears of War is a dying franchises

Woa judgement did horrible compared to the other 3 !

Gears and Uncharted have always had pretty similar sales throughout their lifetimes, with Gears slightly ahead.

PS: Uncharted Golden Abyss 1.01 million, but it was a Vita game that still probably equaled the quality that was Judgement.

Both franchises should die out or take a break.

And the other half is Polyphony.

Damn, I didn't know Crash was that popular back in the days. Sony needs to buy that IP from Activition and start all over again and do some kind of reboot on the franchise.

Remember this GT is one of the most selling ips on any platform. Sony has a GD amount of ips tht sell multi millions.