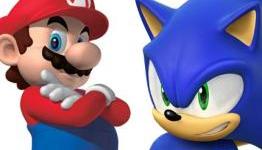 Sega: Sonic audience is 'clearly' on Nintendo systems, not Playstation or Xbox

Sega stated recently that they think the main audience for Sonic the hedgehog games isn't on Playstation or Xbox platforms but Nintendo systems, seemingly hinting that Sonic games will continue to arrive on Wii U/3DS with systems from Sony/Microsoft getting spotty support.

If the PlayStation or Xbox sonic games were actually any good, maybe.

Sonic Unleashed was also on Wii and that version was more well received and sold better on that platform from what I understand. Keep in mind Sonic appeals to kids as well as teens.

I disagree,Its SEGA fault for creating mediocre Sonic games and thinking PS/Xbox owners are supposed rush out to buy them.

Mediocre??? Sonic colours are one best games ever dude, what are you talking about?

Sonic Colors was also Wii only. The dude mentioned PS and Xbox gamers.

sonic generations was good
sega just hurt me deeply since i am a huuuuuge sonic fan and i dont like nintendo at all .
should i say bye bye sonic i hope not
sega please dont abandon us please

EDIT : LOL at the disagrees .
it seems like they do know more about me than I do know myself

You're being overly dramatic. Sega isn't abandoning anyone. They don't do consoles anymore and Nintendo gives them a better success rate.

"EDIT : LOL at the disagrees .
it seems like they do know more about me than I do know myself"

That doesn't mean they are claiming to know more about you, it just means they disagree with your perspective. Hence the term disagree. Don't take it so personally.

I can smell the salt on your breath from here.

Is Sonic and the Secret Rings good?

yeah just like ray man right? ray man legends sold the most on wii u, and just like sonic lost worlds, it's exclusive and it will sell very well, unless it has guns blood and guts and big boobs, then sony and microsoft fans will not buy it.

Yeah. It's not like Journey is the most downloaded game on the PlayStation 3 or anything.

Equally, if it's not a cartoony platformer, Nintendo fans won't buy it and the result is the Wii U.

Luckily, I buy a wide range of games and don't limit myself to one genre or style because I don't like to pigeonhole myself.

yeah, thanks for all the fan boys for proving me wrong!! http://www.chart-track.co.u...

i dont really buy games with guns and blood alot except some games like the last of us and gtaV other than that
ratchet and clank , sly cooper , ray man , etc .
btw i will buy a PS4 which makes your point invalid

I remember back when Sega and Nintendo went at it like Sony and Microsoft do now. So we should see either God of War on Xbox or Halo on Playstation in about 15-20 years, right?

Sounds like Sonic will be around for about five more years.

Sony and their fanboys are too obsessed with hardware and sales to appreciate quality gameplay, thats why they are always left behind when it comes to software.

Classic quality? Ubisoft just outdid Nintendo's "classic quality" with Rayman: Legends. And I'd put Puppeteer up against any Nintendo platformer released in the past five years.

Nintendo still makes some of the best games in the industry, but if you think for a second Sony gamers don't love those classic games, you're wrong.

No platformer this gen outdo Super Mario Galaxy 1 and 2

Lol your clearly delusional.
Puppeteer is a good game but it's nowhere near on the same level of Mario galaxy 1 or 2.

I loved sonic but for them to assume that people that had a dreamcast all migrated to the nintendo world it's straight ignorant. Obviously Sonic Adventure 1 and 2 were the most successful modem sonic games. We all want Sonic Adventure 3. Nintendo, Xbox and PlayStation fans we can all agree on that. But they are too blind to see it. Eventhoughthe AdAdventure series was rereleased on XBL and PSN and it did well Sega it's probably going to release Sonic Adventure 3 as a Wii U exclusive since they have two more exclusive Sonic games with Nintendo. That I find quite bull. Just like Kingdom Hearts 3 a game like Sonic Adventure 3 should be exclusive but like said before if Sega thinks all Sonic fans like Nintendo they are highly mistaken.

At the disagrees I did that comment from my phone alot of grammical errors. But my point was basically not every single Sonic fan went from Sega to Nintendo. I'm one of them. Sonic should be yet another Nintendo mascot and be shoved into the Nintendo group of Nintendo mascots. Sonic is Sonic and I think he should be on all consoles. It just so happen that all of the mediocre ones starts on Playstation and Xbox. I personally enjoyed Sonic Heroes, Shadow the Hedgehog and especially the first Sonic Riders back on Ps2. Obviously there are some I don't love like Sonic 06 or Sonic Riders Zero Gravity but my point is to say that obviously all Sonic fans are on Nintendo is a slap in the face. Why the hell did Sonic Adventure 1 and 2 get release on XBL and PSN then? And those to were the top downloaded games of their month obviously all you have to do is make a really good Sonic game like the Adventure Series in order to sell. Not that Sonic Unleash crap, we want the quality Sonic Adventure games jesus. Disagree you have major issues if you can't see where I'm coming from not all Sonic fans love the Nintendo echo system which is why some people chose a Sega console over the Nintendo console back in the day.

I think you misunderstand......when they made a sonic game for all systems, Nintendo ones sold the most.....its just saying this is where most of its sonic fan base are

After Dreamcast discontinued where did Sonic go firsr Gamecube and GBA.

Where is he now Wii U and 3DS

game cube remakes
GBA ( no one else had a handheld ) if i remember correctly the N-gage had one of those .
PSP got sonic rivals .
PS2 got the non remake sonic games .
PS3 got new sonic games except colors .
PS4 ( you must be a moron to ignore it ( as a company ) ).
prove me wrong
@ below i angry
and i wont break my gaming tradition
i respect your way but telling me to suck it up lol
i will not BUY A SYSTEM FOR ONE GAME ..... period

The funny thing is if you hate mario so much it seems like super smash bros brawl would be perfect. I know some heavy sega fans from back in the day who relished in the opportunity to have sonic beat the crap out of mario. As for your console choice, I respect that you only want to own one console. I just hope you aren't trying to be stubborn for no reason (not saying you necessarily are) because it is a pretty lame reason to miss out on games.

point made lol. i had both of those games too

The irony... Sonic was there to Rival Mario and now 3 new titles are Nintendo only xD

It's funny how the fan boy's trip and try to knock Nintendo when they get an exclusive IP from a company.

Why should an gaming only company get an exclusive IP? Give it to the software and electronic companies! ;]

SEGA is just speaking the truth. They get better sales on Nintendo's game machine's than Sony and Microsoft's low end micro PCs.

Where is lol_wut? I don't see him making one of his usual snide comments. I guess there is no way he can spin this statement to his favor. lol WHAT?!

I think WUT is going to enjoy the new Sonic.

I am one of the biggest Sonic fans and i am not on a Nintendo system, i don't even own one. But i will get a Wii U, not just for this Sonic game, but to play the past Sonic games that were released on the Wii.

Not sure what someone of you are talking about but it's not like you work at Sega and know what they know.

just this from them should be enough

"When we look at the numbers, we thought — this is clearly where our audience is"

Not 1 or 2 fan boys on a thread thinking HEY I GOT YOUR GAME AND I OWN A PS3 & X360!!! is going to ring their ear.They look at the numbers and maybe they think the blue bomber should be held up with the plumber , princess and others.

I owned a DC and I had Sonic adventure,I like the series but it's not a series that'll push me to buying a console.I was ok seeing him in smash but his super was a bit cheap turning into super saiyan...