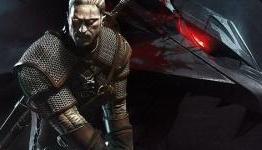 DSOGaming writes: "A couple of days ago, we had the pleasure to interview Greg Rdzany – Senior Technical Producer at CD Projekt RED – and Balazs Torok – Lead Engine Programmer at CD Projekt RED. Greg and Balazs shared some new information about the Fur tech that will be implemented in The Witcher 3 and talked about PhysX 3.0, Tessellation, DX11.2, Global Illumination, and shared their opinion about other commercial engines – like CryENGINE and Unreal Engine."

Will be pushing PCs to the limit yet again.
Hope my 680 can keep up.

Probably will keep away from the fur though . . . because hell no.

The Witcher 3 will probably be pretty damn demanding considering how good it looks and how demanding The Witcher 2 is.

But it's worth it. The Witcher 2 has my favorite overall visuals in a game--taking into account both art and technology.

The PC version of The Witcher 3 is also getting some exclusive features like HBAO+, which is very cool. Splinter Cell Blacklist is the first game to use HBAO+ and it looks phenomenal. It really is the best ambient occlusion technique that I have seen and results in the most realistic shading yet. And it is actually less demanding than regular HBAO or most SSAO techniques.
http://www.dsogaming.com/ne...
http://www.geforce.com/what...

Thats pretty significant for non Nvidia users. If you don't know what that is the major change was:
Went from single threaded to multi threaded support.
Now runs in native x86 not emulated x87.

The expected performance gain for CPU physx is 4-5x better than the current.

"How did you achieve a world 35 times larger than Skyrim"

Someone failed their its only 20% bigger than Skyrim, they must of meant 35x larger than the witcher 2.

"Someone failed their its only 20% bigger than Skyrim, they must of meant 35x larger than the witcher 2."

I was about to say the same thing.

Its like DX10 vs DX11 except even less of a difference, don't excpect any major changes anytime soon, next chance of a major DX update will be a Windows update after 8.1 or Windows 9.

Correct, but the feature set you get from DirectX 11.2 is not exclusive to DirectX. If that is what you are trying to say. Other API, without the DirectX name can and do achieve the same result; Opengl for example.

no... no other API has hardware based tiling that I know of... openGL is working on matching the features, but that's not in yet

@cueil you also need the gpu to support hardware tiling thats why it's 'hardware tiling' and not software tiling.
The complex algorithms are worked out with hardware but implemented completely differently in software to massively decrease file sizes.
It's not just a software thing.

My point was that they have direct access to these things and don't need to worry about direct x to pull them off. Like he said hardware based then software.

More specifically it is how both consoles this gen used physx without both having nividia cards or physx supported cards...its just software.
http://www.overclock.net/t/...

So The witcher 3 is PC first then gonna be ported down which is GOOD! ALL GAMERS Benefit that way no matter the platform.

But no way in HELL will the console versions have Physx cause that is PROPRIETARY SOFTWARE belonging to Nvidia.

So for all the people hitting disagree No Console has Physx hardware, x360 xb1 Ps4 are ALL AMD, PS3 has Nvidia but NO Physx hardware.

Sure you can switch and run Physx on the CPU which instantly turns your game into a SLIDE SHOW!

But CDPR can fiddle with the console versions to run Havok physics or CPU physics which i hope they do so CONSOLERS can have the same features as PC Gamers.

*All games have "Physics" no matter the platform. Nvidia has a feature called "Physx" which does a lot of neat things to make the games look better.

What the hell does Havok have to do with AMD

...Also PS3 does use PhysX full stop! PhysX is not hardware, although it can come in the form of extra dedicated hardware although that never really caught on.

It did catch on. It's embedded into almost every Nvidia GPU in the last 7 years.

Maybe I should make that a little clearer, PhysX can come in hardware through dedicated PhysX cards (which are the ones that never caught on) or the best way through Nvidia CUDA cores which arrange\allow its memory cores to be dedicated to physics.

You can still use software\SDK & CPU, the PS3 for example used its CPU for PhysX. If anyone remembers at E3 after the PS3 was announced they shown a PS3 PhysX tech demo of a construction yard with a crane demolishing things.

Both PS3 and 360 support PhysX actually. In fact, Sony struck a deal years back that allows anyone making a PS3 exclusive to use PhysX for free.

But PhysX is already free.

Prepare for 720p/30fps on consoles.
This game is going to push my 780 hard so I already know consoles will not be able to handle it the way it's meant to.

Patch 1.5 for Cyberpunk 2077 and Future of The Witcher - News From CD Projekt