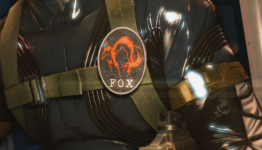 GameInformer: "Hot on the tail of showing off a live gameplay demo of Metal Gear Solid: Ground Zeroes, series creator Hideo Kojimas sat down to talk with us at the Tokyo Game Show about Metal Gear Solid V: The Phantom Pain and it’s prologue chapter. Among the talk of MGS V, Kojima discusses working with Keifer Sutherland and the differences between the current- and next-generation versions of the game. Kojima is less willing to directly address topics such as passing over Snake’s former voice actor, David Hayter, and whether he misses having access to the original Meta Gear Solid theme."

I am not gonna lie, am still confused. I thought it was only one game! Can some one tell me when these two games are coming out an for what systems?... And y is he making 2 games at the same time?
Btw... Whatever. I saw(phantom zero walker solid pain) looks great

2 things make me worried about the new mgs

1. Slowing down time - better be able to turn it off
2. looks easier, compounds have very little guards

everything else makes the game look perfect...

You can't get much easier than Peace Walker.

Just because it might not be easier than Peace Walker doesn't necessarily mean it'll still have a decent level of difficulty. (I of course get what your point is though. But how easy it was to walk into the compound and interrogate the target in that daytime demo was pathetic.)

Oh, so its okay for Sutherland and the Japanese voice actor to do the facial capture thing separately from motion capture actor, but for David Hayter its not possible? What?

This is about the fourth different answer Kojima's given on the issue, so its clear he's not telling the truth about why Hayter's gone. I guess we'll never really know why.

i was just about to comment about this. he is beating around the bush, every time he gets a question regarding david hayters sudden replacement its the same answer dodging the question. the question was what was his reaction to hayter being upset about being passed over as the voice of snake, and kojima answers by saying the usual " what i wanted to do for this game was have facial and motion capture together" nonsense. STOP BEATING AROUND THE BUSH KOJIMA man the fuck up about the situation already. its like he is totally oblivious to what his fans care about/want. if he thinks the whole mobey dick studios was more of a success rather than a annoyance he is truly misguided.

Hideo Kojima Hints At Two Projects Currently In The Works

The History of the Relationship Between Guerrilla Games and Kojima Productions