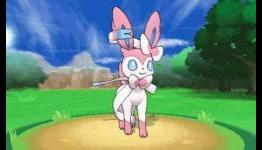 Pokemon X and Y won't be given patches with balance updates, Game Freak has said.

Game director Junichi Masuda explained that although imbalances "could happen", as with previous entries in the series, he believes the team has "got it right" this time.

"We don't really plan to release any kind of updates to change the balance," he told Digital Spy.

"Of course, we think we have it perfect this time, but thought that before and depending on certain move combinations.

"For example, at points a lot of people used the Metal Grass Pokemon because they were so strong - and everyone is using that Pokemon.

"Something like that could happen, and we think we have it perfect, and we don't plan to release any kind of balance changes."

He added: "We spent a lot of time working on getting this balance right, but of course we're not going to be able to know everything's perfect until the games are in players' hands and they're coming up with new strategics and combo."

I trust Game Freak a lot more than Capcom in regards to balancing.

I do like they are changing balancing issues but they kinda nerfed Jirachi all to hell by giving it 4 weakness instead of two.
i wouldn't mind if this meant i could use jirachi in battle subway but nintendo considers it a forbiden pokemon it should be a lot more useful...

Nintendo and balance patches (or even patches in general)?! LAWL @ the idea.

Nintendo uses patches but rarely. They don't send out games half done an rushed so they really don't need to patch a lot.

True. But when a game's broken, they're like, whatev

No they don't go whatever they did patch Mario kart 7 and Metrio other M, so go troll somewhere else.

seriously compare nintendo patches vs microsoft or sony... it's not even close

"seriously compare nintendo patches vs microsoft or sony... it's not even close"

To be honest thats a good thing. Not sure why your spinning it as bad when we have games like AC3 which were riddled with bugs at launch.

They patched
Zelda Skyward Sword save glitch and that was Wii
the so called " not online system that can't do DLC, patches or demos."

good just like the good 'ol days of gaming

I never thought Pokemon was an unbalanced game so I'm not surprised.

That will only happen when new forms comes in.

Good! If they balanced it every month your team would suffer,having to change teams

How the Fairy Type Improved Pokemon

The Best and Worst Pokemon Designs of Generation VI

The Year of Pokemon - Generation VI

Why Greninja Won Pokémon of the Year

Is Game Freak "Recycling" 3DS Animations In Pokémon Sword And Shield On Switch?