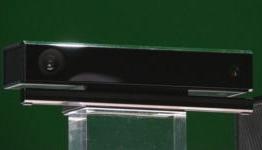 Turns out, Australia was always set to receive Xbox One Kinect voice commands at launch

Stevivor -- "Brace yourselves, gamers. Microsoft Australia has just returned our request for comment on our on-again, off-again Kinect voice commands, and we’ve got some peculiar news.

On 30 August, we — along with a number of other outlets — reported that Australia wasn’t going to have Xbox One Kinect voice commands at launch. Our reasoning? Australia was completely left off of an Xbox Wire post that confirmed Kinect details."

Adhttps://www.releases.com/?utm_source=n4g&utm_medium=native&utm_campaign=c1
- Comments (17)+ Comments (17)
TopNewestOldest
Expand all
The story is too old to be commented.

hey there mate, got any fosters?

Vitamin B for the win... Fosters is camels piss....

Now I've sorted that out... Anyone up for a Coopers Sparkling ?

Fosters is only for tourists. Nobody here drinks it.

Vb is for high school kids.

xbox: "throw a another shrimp on the barbie!" :

But but but we call them prawns!

The jumbucks are gonna do a real earbashin' about this one. Since they normally don't have anything better to do...

What do they think its is , bush week or somethin'

Beyond a Steel Sky Review (Xbox One) - XboxAddict