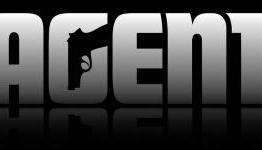 Coinpixels knows that you can design custom license plates, but this particular license plate is from one of the missions in Grand Theft Auto V, and guess on what car – ASTON MARTIN DB5 – most famous James Bond car.

Adhttps://www.youtube.com/watch?v=EjfojxXOobE&t=463s
- Comments (56)+ Comments (56)
TopNewestOldest
Expand all
The story is too old to be commented.

it's a damn James Bond easter egg . How you going to skip the obvious to imagine something completely unrelated . Same as that stupid Naughty Dog secretly posted the PS4 release date in Last of Us game article.

I find it a bigger stretch to say that 4G3NT is related to James Bond and not a future Rockstar game like Agent.

@ theshonen8899, the only way it would be a bigger stretch to say that 4G3NT is related to James Bond is if the car was not modeled on an iconic James Bond car.

The ASTON MARTIN is a James Bond car, and James Bond is an AGENT soooooooo

Hey Coinpixels why dont you credit the neogaf user you stole this news story from?

I'm not quite sure what is so confusing here. This is a Rockstar game (GTA V) putting in a Rockstar easter egg (Agent). If they wanted to reference James Bond, they would have just put 30ND on the license plate or something more subtle like N1L43VR (No One Lives Forever), G0LDI (GoldenEye), or the most obvious one, 007.

I don't know anyone who would see 4G3NT and immediately think "JAMES BOND!"

"I don't know anyone who would see 4G3NT and immediately think "JAMES BOND!"

I am intersted to say what will Agent will look like.

I think that is the same kind of car James Bond used in one of the films.

Lots of movie references in the game so this would fit.

So is this Easter egg also found in the 360 version of GTAV because if it is that pretty much confirms it being multiplat.

That is a good question that everyone seems to be skipping over.

And the article doesn't even mention if that same easter egg is in the 360 version of GTA.

Sony owns Agent's IP. So no.

lolwut? Why would Take-Two interactive, yet alone Rockstar, give up an IP? Silly man, it'll be multiplatform.

"Rockstar themselves have said nothing new about the game but parent company Take-Two Interactive was spotted, by website Siliconera, renewing two separate sets of trademarks for the game and related books and media.

This doesn’t necessarily mean the game is in active development though, as it could simply be Take-Two ensuring that nobody else can make a game called Agent in the interim."

Take-Two in those words, not "Sony" who it would be, if they truly did own the IP - not Take-Two

I say its coincidence, an Astin Martin like car and it just happens to say "agent". Some people just look too deep into these things...

007 is refer to many times as Agent 007 so what makes people thing this refers to the game announced all those years ago?

its in both versions because gtav is a multi-plat title,nothing more to read into it.

GTA5 is a multiplatform game. The teaser is there for Rockstar fans and gamers. Whether the game is still exclusive or not, Rockstar's not going to remove an insignificant tease for a PlayStation, but more importantly, a Rockstar game, for some desperate 360 fanboys who'll take it as a press release for Agent on Xbox.

@Mr.Beatdown I agree and this shouldn't be used by xbox fans to give them hope of an xbone version

My Xbox...my Xbox is ready.

Relax before it red rings on ya.

Hehehe, did that make you feel better? I truly hope so cause you seem to need comfort.
RROD or not, my Xbox is ready for Agent and when it releases I will reward its patience.

Isn't Agent supposed to be exclusive to Sony since Sony funded LA Noire?

lol its on playstation so why your xbox ready.

Direct your questions towards my PR agent, FFVS13 :D

To bad it won't be coming to "Your Xbox".
Would be exclusive to Sony if it actually releases.

Hehehe...so so many bitter lil boys and girls
I am well aware that Agent was supposed to be a PS3 exclusive...well that so was final fantasy versus 13 :D Look how deliciously that turned out!

My Xbox remains ready, fuelled by your hate and tears.

Awesome my PS4 is ready for Dead Rising 3 and Titanfall

I don't own an Xbox 1 or Playstation 4 so I don't really care just yet, sharing is caring I suppose!
Although not having to wait a year or so to play these games would be pretty sweet...

That would make sense if it wasnt for the fact that Sony paid for this by funding L.A Noire and well Versus13 wasnt paid for at all.

You're a complete moron. Agent is a PlayStation exclusive. L.A. Noire is nothing without Sony. R* and won't let the deal go broke.

My PS4 is ready for all of your timed exclusives on top of OUR awesome exclusives like "Agent", which will never come to Sh!tBox.

It's like FF Vs. all over again isn't it Bundi.

The amount of tears and commenters calling Rockstar "backstabbers" or "gimped version" will echo loud and strong throughout the hallways of N4G.

Pfft, I'll believe it when I see it.
Don't mess with my emotions Rock*

Can't wait to play it "exclusively" on Ps4

hahahahha, with nextgen games even development costs is even MORE than currentgen, there's no way it's an exclusive

Must have not been paying attention to Cerny's "Time to Triangle" and how he says it will be cheaper. Its ok dreams dont hurt

I read your comments actually and you mentioned about few times that you'll own both(PS4 and X1) and now you say "hahaha, developement cost much so multiplat" if so what is the point of owning all consoles?(Just curious)

Well its no coincidence whatever it is.

Its either true or its trolling.

@theshonen8899, So the fact that it appears on an almost exact replica of the Gold finger Aston Marten DB5 means nothing?

This is becoming somewhat a half life 3, Agent was announced but once it did POOF, nothing came up.

We know that it still is in development by looking at the games on Rockstar's homepage where Agent is still listed as 'Coming Soon'.

I doubt it's a 007 reference, using the word "Agent" which is an IP Rockstar are known to be working on, instead of say... "007".
Although it could be both, who knows?

They'd run into copyright issues if they put 007 wouldn't they?

I suppose, but it's a strange reference to put in a game when you've got a game called "agent" yourself.

There are far more references they could put in the game after all, that don't hint towards Agent.

this gam doesn't exist in my book until I see rockstar announce gameplay footage or at least screenshots.

There is some screenshots of agent out there they released while back,no gameplay though. It's going to be a PS4 title like FFXV is. Rockstar north,the same team that made GTAV was making this but paused to finish GTAV. Now that V is done and out the door,maybe they'll get back to Agent is my hope.

Look folks, the car is a replica Aston Martin with machine guns, an ejector seat and spikes. It is called a JB700. Jb stand for James Bond and 700 is 007 backwards. What are you people not getting. It is a James Bond reference. Not to mention that in the mission in which you steal it, you wear james bonds iconic white tux jacket with black pants that Sean Connery wore. If you need any more proof that it is a James Bond reference, go watch the movies.