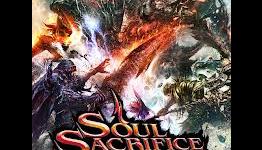 Soul Sacrifice is one of PS Vita’s most promising titles so far in 2013; we certainly liked it. It’s a Monster Hunter-like game from Mega Man creator Keiji Inafune, and as you may remember in an interview with IGN, he revealed that a sequel to the game was likely.

Hopefully these games get localised

I'm about 95% sure that both Phantasy Star Nova and Soul Sacrifice Delta will be localised. Both are promising titles in the west imo. And maybe even Yakuza Ishin.

Sony have a new 3rd party production team, localisation is one of their jobs, hopefully all the Japan goodness will come over fast this time.

Odd but guess Ill be jumping back into SS again :)

i think both games will be localized.