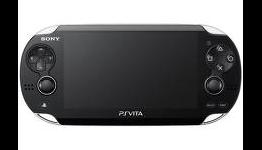 they should have made the new vita with normal micro SD cards cause this is ridiculously expensive. Digital games are way too big, i wonder if that's on purpose.

I can't remember why they chose this medium, but I am quite sure it has something to do with piracy. I know Sony tends to do a lot of proprietary stuff with their products but they have actually been relatively open regarding their hardware and, until recently, their software (Other OS, until hackers ruined it). At least on the hardware side of things you have user-upgradable hard drives, so large-scale storage (internally) is quite affordable.

I agree that Sony should do what most mobile devices do, which is support MicroSD. That, or at least drop the price of their proprietary storage medium. The latter is more likely, and considering the relative nature of this product regarding price, Sony finally offering more storage for less money per gigabyte is at least a start.

It's not just piracy.

Every game on Vita is available online day 1, which means it's not a retailer friendly hardware. The cards are proprietary and sold at bigger profit margin to make up for specialized retailers not selling as many games (otherwise they would reduce stocks and reduce support, eventually cuttint down sales). This is the same reason PSPGo costed more than a common PSP despite being cheaper to make (with no UMD drive parts), retailers demanded to get a bigger profit margin or wouldn't carry it at all.

Other reason is that MicroSD reading speed would compromise performance. This can be solved through high speed Micro SD cards (which are also cheaper than Vita Memory Cards and just as fast), but unfortunately they go in standard MicroSD port (that accept low speed cards too), which means there would be no way to ensure people would use the right ones and with games coded for certain speed it could simply not work when someone confuses 'em (sure, they could just had made it clear on the box and manuals, but confusion would still happen and it wouldn't help with retailers or piracy).

Now, I'm not saying the price on Vita Memory Card is good, I don't even think it's ok... Just pointing out what's behind the decision for a proprietary format. I actually think it's the right decision to go proprietary in this case, but could be done with a better price, games are still available at retailer afterall.

And that means that the 32GB will drop to 50 bucks respectively :)

was thinking the same. good thing i held off untill now! :)

The 32GB has already dropped to £40 in the UK, ordered mine from amazon yesterday!
(Sorry not sure how that translates into dollars)

My Dream Came true!! :) now I'm definitely buying this one,

for those who want to see the SCEA Japan conference stream: http://blog.us.playstation....

Lol everything is usually .99 something. I haven't seen something priced for an exact amount in a long time.

Kind of weird to think about it because its only 1 cent, I think its physiological thing. Somehow it appears cheaper to people just because it isn't exactly $100.00.

LOL. i like the humor on both of you guys parts. just so im 100% clear, you were adding to his joke, right? its hard to tell just knowing how society can be nowadays.

A man just got one step closer to owning a Vita. He didn't want to have to swap cards for a long time and 32gb wasn't going to cut it.

they need to release a 128gb and 256gb version! although I don't want to know the prices on those!

I'll wait for a PS4 + PSV2000 bundle, then the memory card prices are hopefully down again a notch. I would pay 64usd for 64gb, not a penny more. That's a gig per dollar just like in SSD harddrives.

I just had this dream that 64gb is coming and at the same price that I bought my 32gb. IT CAME TRUE!! O_O!
Just in time. I need a bigger mmc for my ps vita.

Agree 0Disagree 0
▼✖-+
SPAMInappropriate
Show all comments (27)
The story is too old to be commented.
80°