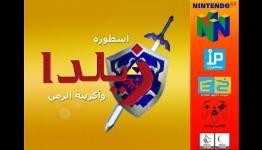 Game localization is something we often hear in the West and Europe. Lost Odyssey, for example, features multiple language options including Italian. But the odds of finding a game localized in Arabic ranges from rare to none. Only recently have we began receiving localized titles such as Tomb Raider, Disney Infinity, and the upcoming Assassin’s Creed 4. But what about classics titles such as Ocarina of Time? Well, thankfully the internet exists and games are made of computer code and not magical ether.

at7addak.com
- Comments (4)+ Comments (4)
TopNewestOldest
The story is too old to be commented.

But is it censored...

The hell is there to censor in Ocarina of Time?

'The Legend of Zelda: Ocarina of Time' is a Beautiful Tragedy About Growing Up