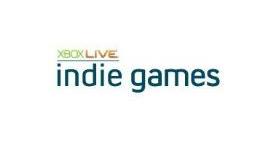 After months of offering little more than variations of "don't worry, we'll have one," Microsoft is using their kick-off of the big Gamescom event in Germany this week to detail something called [email protected] That is their indie games program. It'll roll out in stages.

no details on revenue split?....oh no.

Just says that devs can make up whatever price they want for their game, and MS will determine it's selling price on XBLive.

"They'll set wholesale prices for their games, Whitten said, with Microsoft's Xbox Live team then managing retail price and, presumably, placement in the store. Indie games will go through standard Xbox certification procedures, which Whitten hopes to have perpetually speed up. Certification and game patches/updates will be free to developers."

The free updates and certification is pretty good though. Guess it remains to be seen how good MS can manage the devs titles. Makes me wonder if devs can change their price, or offer sales or things along that nature.

Pretty sure ms would keep most of the money.

That the new bullet against MS as far as indies are concerned? Proof? No? Then how exactly are you "sure" of this?

I think with most consoles it's the same, with the actual indie dev making less than half of the profits, I might be wrong, though.

With Windows phones, an average 99cent app will give the dev only 15cents back, with microsoft taking the rest.

With all this back peddling lost my faith in this company. Still the more competition the better for gamers in general

but I though everyone on N4G asked them to back peddle, so now they have done what was asked you're sill not happy and criticise them for doing it!

Put on a clown's outfit and spin around until you are sick.

Just because someone asks does not mean you should.

Does not bode well for your product when you have to make so many changes in public view before you even release. It makes you seem like you didn't know what you were doing in the first place.

The one thing we can see is that PS4 hit the mark in their reveal in Feb. Whereas MS were a shambles. But this is all history now. Let's concentrate on amazing next gen games.

So if they ignored the backlash and the lackluster pre-orders, they are arrogant and digging their own grave, but when they fix most of what was wrong with their console then they are "spineless"

It doesn't take a genius to know that MS was obviously ignorant to the gaming industry demands when they first announced the xbone. Wither they reversed the policies or not. So it's much better to fix whatever they could fix and hope that all this would be history in the upcoming years.

THEY SHOULDN'T HAVE HAD TO DO IT IN THE FIRST PLACE!

M$ is a H U G E corporate business, and they spent their ENTIRE summer hype period, running back and forth. Its UNACCEPTABLE and unprofessional.

And for them to say "Oh, we changed the policies because we listen and love our community." is complete BS! If they listened in the first place they wouldn't have tried to shove DRM down the throats of their fans.

The ONLY reason M$ changed ANYTHING about the Xbox ONE, is because SONY's PS4 was getting such amazing feedback and was/still is kicking M$'s ass in pre-orders.

I think its a good idea in practice. But eventually MS will make money off the title. Im not sure keeping a game on their servers and not make a dime off of it is gonna make sense business wise. The split will be reasonable though imo.