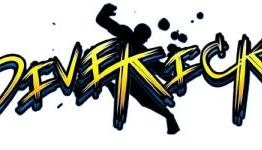 Divekick began its life on crowdfunding site Kickstarter, but was quickly picked up by Iron Galaxy and turned into somewhat of a more character rich game. I first noticed Divekick at PAX East 2013: Iron Galaxy was there, showing off the game with custom two button controllers, and a massive crowd waiting to play. Sure enough, the crowd stuck around for the entire convention, and Divekick seemed to sure up its name as something people were taking quite seriously.

Adhttps://store.steampowered.com/app/1488200/Symphony_of_War_The_Nephilim_Saga/?utm_source=n4g&utm_medium=native&utm_campaign=sow_n4g_native&utm_content=png
- Comments (0)+ Comments (0)
TopNewestOldest
The story is too old to be commented.
990°Hot129

The Gamesmen, Episode 174 – Double the Height Half the Actor

MLB 15: The Show and Divekick Get Price Drops on PSN