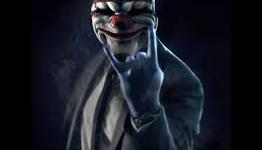 Payday 2 launched in North America last week, but if you're hoping to pick up a physical copy on the Xbox 360 and PlayStation 3, you might be out of luck. Shortages of the team-based first-person shooter have been reported to publisher 505 Games, which is working to get more copies on store shelves. So why is Payday 2 so hard to get? It's just more popular than expected, according to its publisher.

Not to mention they shipped bare minimum amounts to start with and late.