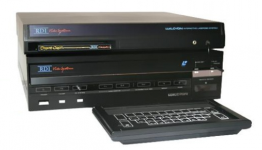 Consoles can be expensive. Yes, we are looking at you PS3! Maybe it’s not fair to single out the PS3 because it doesn’t even make it into the top 10. It’s nestled comfortably outside at number 12. Yep, a console that cost $600 back in 2006 doesn’t feature. You have to wonder what goes through the mind of a company to slap such a high RRP on console that inevitably seals their fate for failure.

Neo Geo .smh..way to expensive back then .

Had good specs but the price tag killed it.

It was an arcade machine in your living room.

This is a really good top 10. Definitely gives insight as to how pricing can help a console succeed.

As spoiled as I was, and I mean spoiled my mom would not buy me one lol. She never bought me a power glove, and she never bought me a NEO GEO. I asked for both, but I guess she knew what was good for me as it definitely would have been a waste of money hahaha!

I say waste of money because I would have owned like one game for it. I remember in the back of my EGM Magazines (which I still own in my possession) they would have the prices for NEO GEO games - $125+ lol. I'm going to post a pic in a few of an advertisement for NEO GEO games from an old EGM Mag.

Here are some Advertisements from a few vintage EGM (Electronic Gaming Monthly) mags I own from 1994.

-Included this because I thought it was hilarious to see Sega's version of what KINECT is today. We give KINECT such a hard time for false advertisement, but we would have murdered Sega for implying we could physically do a SHORYUKEN and KEN would do it as well lol.

Thank you for the great post. Nice to see retro ads.

No problem, you're welcome. I have over 150 vintage EGM/EGM2/Next Generation/GamePro magazines from the 90's still in great condition. Back when I had a subscription to each mag, I had to get my gaming fix at all times.

it was the games that were expensive. I remember seeing World Heroes 2 for over 300! But I looked over to the console and it was 200 or less. That's was confusing for me. I was just a kid back then.

i can be proud to say i have 6 of those top 10 in my collection. Missing would be the
RDI Halcyon
Bally Astrocade
Apple Pippin
Odyssey 2

Wow! What a collection you have there.

I had the odyssey 2, and it was excellent. Grqphics were better than atari at the time (2bit compared to 4bit lol), and it was a nice system. It was never touched again once Christmas of 1987 happened, and I got my first Nintendo.

Yeah, I remember wanting one so bad.

not to mention the games were sold for like $150 each!

Neo Geo is by far one of the best consoles ever made. Games released on it were just magic!
i spent a lot of money playing Metal Slug, Art of Fighting, KoF, Samurai Showdown in arcade. best memories

i remember going to them as a little kid though i still had a nes and a snes. But they were fun

Health bar? You mean I can't hide in the corner for 5 seconds and regain all my health?!

"What do you mean I have start the entire game again?"

word up man Neo Geo was awesome. the one game i loved playing was Baseball 2020 best baseball game i've ever played next to Bases Loaded and The Show.

Found It, lmao! I'm about to connect my sega and play it now. Thanks for the memories.

Lol NP man me and my brother did the exact same thing.

Back on baseball 2020 I wonder why it hasn't been released on any of the current systems.

It did have a feature where you talk to it. "Taking the controller out of your hands"
Where have we heard that before?

Goes to show how many people listened to the description in the video. The disagree is so powerful it seems : )

Good break from the ongoing next gen war. Brought back some old and fond memories of my gaming youth. I've owned 9 systems myself over the yrs dating back to the 2600.

these were the old systems i had back in the days before i bought my first playstation.

and of course have pre-ordered the PS4

Dizzy was amazing. I think I had it for the Spectrum ZX. I played the emulated version on my laptop recently and found the controls fiddly. I knew it was hard back then but it seemed super hard.

Maybe we've been spoiled to much with great game mechanics over the years.

All game systems I've owned in the past...

Atari 2600 (I was 4)
Commodore 64
NES (Zelda!)
Nintendo Game and Watch
Sega Master System
Gameboy
NEC TGX 16 (all in one with CD)
NEC TGX 16 portable
Super NES
Sega Genesis
Atari Jaguar
Nintendo 64
Playstation (the memories)
Sega DreamCast (one of my all-time favorites)
PS2
XBOX
XBOX 360 (only one that's ever really failed on me, original NES and 2600 could be coaxed back to life)
PS3 (Thank you Sony)
Wii
PSVITA
and my first PC purpose built for games didn't really know what I was nissing (definitely missing some $ in the wallet, lol) now I've been playing on PC for quite some time aka original Wolfenstein and DOOM, but I'd never gone out and ground up built a gaming PC, what fun! I've been gaming with my Dad since the 2600, it's been awesome.
I've been gaming 33 out of my 37, I guess I can now consider myself hardcore! lol

The screen isnt long enough to list all the systems i own.

Lets just say all major platforms from pong to current gen and several obscurities in between.

yea the latest systems i bought were

Can't forget about the PS4 I preordered immediately after watching E3...If you saw the list above realize this, every single one of them was bought after launch, to say I'm jacked for the PS4 is an understatement! I literally cannot wait, I just want to hold and caress it, lol!

Ahh Retro... it is good to give yourself a timeout before you keep arguing about the major differences between 5 GB RAM and 5.5 GB RAM dedicated for games

Yes but that is when I turn into a retro fan boy and argue with my friends about how much better the blast processor was in the mega drive than the bog standard snes cpu.

I had the Panasonic 3DO. That is were I first played RoadRash. It died on me so I bought RoadRash again on PC with a controller. Had 4 player LAN parties that were just crazy. I did like the 3Do while if lasted. Had a fast GPU and a nice controller.

Loooved Road Rash man, was first of its kind on that system, FMV was all blocky and grainy

one of my best friends cousin had the 3DO was pretty damn cool.

I still have a 3Do

remove the ouya, it is NOT a console.

And if you decide to keep it as a console, every smartphone and tablet is now officially a console since they can also be hooked up to a tv, have a controller sync to them and play all of the same exact games.

Holy shit! The Halycon was the original XBone! Not so new and advanced now, is it Xbots? lol

I'm sorry were you serious with that comment? SMH.

I never even heard of the RDI Halycon. Just when you thought you had seen every crazy console or game from yester year something else comes and slaps you upside the head.
I love all these retro types of articles and reviews.

What were these guys thinking making a console that expensive for that time. No way was that going to take off. I feel bad for the guy tho, he seems like he was super excited and really believed in the thing.

Have to admit this is the one on the list i have never heard of, forgot how big those lazer discs were too lol

Seemed that every super overpriced console tried to be the all-in-one multimedia machine for your living room.
X1 has a lot in common with these failed consoles.

Pc would be number if it counted as a console,some guys spend like 10000$ on their pc's,2 gtx titans,8core i7,and a cooling system that almost freezes your pc,man those guys are lucky.

Australian prices, not factoring inflation, this is what I actually paid for each one at launch.

I remember playing the 3DO real when it dropped....my freind had one from his trip to the phillipenes. it was so badasss to me seeing i only had a snes. Gex was awesome back then

Rick Dyer was way ahead of his time....

Is it me, or does the XBONE look like that 3DO?

PS3 should have been number one on that list.

What are you taking about?

I don't mean this as a criticism or sarcastically, but technology is at a point where the vision set by the RDI Halcyon is coming into fruition in the form of Xbox One (at least from a motion control and voice command perspective).

Kudos to the people who created the RDI Halcyon, truly a concept way ahead of its time.

My consoles/first game that comes to mind

will be getting a PS4 and XboxOne next year

Remember Fire Pro Wrestling , but dont remember what system we use to play it on