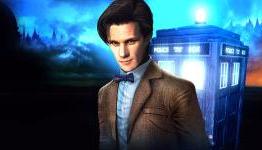 A Brief History of Doctor Who Video Games

This year Doctor Who also celebrates its 50th Anniversary. Across those 50 years it has amassed a wealth of characters, companions, alien races, enemies, locations and timey-wimey concepts. Perfect fodder for a great video game, or so you might think. The truth is that the Time-Lord has never sat comfortably in the world of PC and video games. There have been some notable titles but certainly no classics.

In the first of two articles Thumbsticks takes a look at the history of the Doctor’s adventures in games.

Adhttps://www.youtube.com/watch?v=EjfojxXOobE&t=463s
- Comments (6)+ Comments (6)
TopNewestOldest
The story is too old to be commented.

I'll never understand why there hasn't been a triple A budget Doctor Who game by now but with it's own story so it's separate from the TV series.

Think of a game where it starts with an old looking Doctor which resembles the first Doctor, William Hartnell, regenerating into a brand new Doctor and let the games go on from there. New companions, new story, new threats etc with it's own styles, music, settings. It could be fantastic but they are too obsessed over making it like the TV series

Wouldn't that be great? I would love to see the style of the game change with each Doctor, reflecting each period. There's so much scope, shame to see the games play it so safe. I guess that's the way it goes with licensed properties in the main.

I always pictured it as the current Doctor regenerating into your created Doctor and, I guess, acting as an alternative time line to the series.

I picture Mass Effect style map systems through time and space and less of a focus on combat more on overcoming obstacles.

I don't know why no one will invest in it but maybe the show isn't as big elsewhere as in the UK.

See your vision is another way it could go. I see that to be more on the RPG side where you can create your own Doctor, select your own morale for him, decide where to go in the Universe...however I feel if you had a multiplatform developer which took tips from NaughtyDog that it could be a well developed linear story that you could heavily invest in like the Last of Us. See the relationship between the Doctor and the companion grow as the story goes on to the point where once the current trilogy is over on the current gen hardware and you see him regenerate you'll get that sense of loss like you did when you watched David Tennant regenerate "I don't want to go"

However I like the Mass Effect styled idea you've talked about. It would be a nice thing to see on next gen hardware.

Probably because a lot of what makes the Doctor who he is is stuff you can't replicate in a video game. He gets out of a lot of situations by saying something clever or recalling some obscure space-related fact.

The Doctor Who experience isn't something you can accurately recreate in a playable form.

Step into the Tardis with Doctor Who Time Vortex 360

How Tetris therapy could help patients

If the BBC really wants to support UK eSports, it must broadcast it on national TV

Fancy a laugh? The BBC's 'factual drama' about GTA is online now