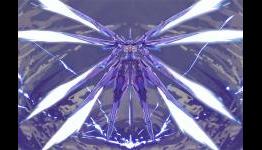 10 Reasons Why You Should Play Xenogears

ArcadeSushi writes: Welcome to a new series of lists here on Arcade Sushi. Our “Reasons You Should Play” lists will take a look back on some of the more obscure releases of our gaming past and tell you why you should give then a second, or first, chance. Our first title is Xenogears, an amazing game by Squaresoft that started the Xeno series. This franchise has changed hands more than the ball in a game of hot potato. We have seen it change publishers to Namco Bandai with the Xenosaga series, and then Nintendo with Xenoblade. Now a new game, X, is being created for the Wii U. But this strange ball of pseudo philosophy and innovative gameplay all started here, with the original Xenogears, and it deserves your attention. These are the 10 Reasons Why You Should Play Xenogears.

I loved this game. I remember cramming in homework as fast as possible in high school in he evening so I could play this. One of the very few RPGs I beat back then.

Been debating on weather to buy this on my PSP for a while now.

I'm really wanting to experience a good story and a a classic RPG, but playing FF7 has kind of frustrated me a bit.

How does this compare ?

Personally I didn't think FF7 was anything even close to being as good as Xenogears. On top of the fact the story was better the gameplay mechanics were better because they were timing/combo based. It never got old.

Quite simply , the best jrpg ever released . Yeah i do place it even above classics like FF6 , Chrono Trigger .

Xenogears gameplay wise already managed a rare feat back then ... making a turn based system feel truly dynamic . It is even two set of games in one , between land fighting and mecha fighting

And then there is the story and the characters , simply astonishing .

It has the best soundtrack and theme songs ever seen in a jrpg imo , from an equally stellar composer .

Even what people consider to be big flaws , namely the literally unfinished second cd of the game , was endearing to me , as those mistake and flows made it a unique piece and brand of storytelling of storytelling .

Finally it had many compelling villains that werent just two dimensional stooges . But it had someone that felt as iconic and classy to me as say Darth Vader . hell the game had its own Vader , the magnifiscient Grahf

I would have to agree with you!

A game that spawned five pseudo-sequels and millions of dollars of money, both invested and mostly returned.

Heck, the "saga" games were named after the creators wife's name (Soraya Saga) and one of the most famous modern philosopher's, Nietzsche's, three great books. Talk about commitment and a deep choice of subjects!

Xenogears has writing and direction, overall game rule design on par with modern classics. The most exciting next-gen game to me is Project X for Wii U (damn Nintendo, why did you buy the most interesting game developer in the market!)

Oh man, were have all the great JRPGS gone? The best one this gen was probably Lost Odyssey. Why does noone tell intelligent and emotional stories anymore? Today, the few games we get from this genre are mostly "cute" and light hearted. I don't really appreciate them.

Lost Odyssey was the last great turn based rpg. That game is severely underrated.

You guys never looked and what happenned on ds, 3ds, psp & vita ?

There are plenty of great jrpg in there( released after lost odissey ).

It's easy to say "where are they?" when you don't even look at the right places .

And besides THIS YEAR , we got ni no kuni & tales of xillia ..so why the complain ?

No matter how much heat you or I will get for it... Lost Oddyssey was the best jrpg this gen IMO also.

I agree with you. It's my favorite jrpg this gen. I haven't played ni no kuni yet, so I can't give my opinion just yet. But Lost Odyssey is the best jrpg this gen.

I tried watching gameplay videos. How come the characters have to run for 4 seconds up to the person to attack them instead of just doing it.

That got old, just watching, after about 5 minutes.

I couldn't imagine hours of that.

Lost Odyssey was the best Final Fantasy game I played this gen. That game is the perfect example of what I want from modern FF games.

I remember getting this game for Christmas. I loved this game. It was amazing. This is when square exni was squaresoft. they were good then.

so many epic games back then, sucks for gamers these days and the amount of garbage being released.. all graphics and low re playability game play, short games, paid dlc because developers have dissected there games to screw over gamers... my how gaming has fallen so far

This is the best RPG that has EVER been released ever. Not one has come close IMO.

One of the best JRPG ever made & my all time favorite game along with FFVII, games likes Xenogears is not made anymore, it's one of the masterpieces we get the good old times when Squaresoft was still relevant & my favorite company & now it become my most hated company same with crapcom, Japanese companies become crap in comparison to how they were in the PS1 days I wonder if they lost all their talent somehow...

How Square's Most Iconic JRPG Evolved Into Nintendo's Xenoblade Chronicles

Xenogears Collbaration Event is Back for Final Fantasy Brave Exvius