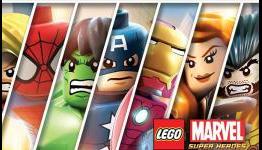 In celebration of the release of The Wolverine, Warner Bros. Interactive Entertainment has released a handful of screenshots and renders of the films cast of characters that will be appearing in LEGO Marvel Super Heroes.

Found in these new images are Wolverine himself, Jean Grey, Viper and Silver Samurai; all in their full LEGO glory.

analogaddiction.org
- Comments (0)+ Comments (0)
TopNewestOldest
The story is too old to be commented.
110°

Super Smash Bros. Clones Don’t Need To Be a “Smash Bros. Killer” To Succeed | The Gamebutler