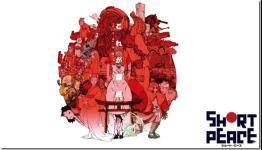 Lol even that ps4 releases sony makes us wanna keep our ps3's.

what a waste. Suda51 are a mediocre developer, all their games suck big time. Overrated as heck. Always bad graphics, story and gameplay, and you can bet this new game will be nothing more than another niche flop no one gives a crap about.

Suda makes trash in a good way. Gaming industry needs this kind of games too. If you don't like such games, then just don't pay attention to it.

Wtf??
Seriously wtf is wrong with N4G today??
At least give the man credits for trying something new, even if you don't like it.

Er, Suda51 is one dude. He's working with a different development studio on this one. Grasshopper Manufacture is his usual independent studio, and you can expect the kind of depth out of them that you'd expect out of an old punk 'zine - not many people, unrefined, but individual and crazy.

Of course, I'm not expecting the world out of this, it's a movie-game after all, but at least it's an interesting movie-game.

I recommend you play Killer7 before you keep bashing Grasshopper. (Suda51 is one man) That game should be Exhibit A in the "games are art" debate. Sine Mora is also brilliant (and actually really fun to play in a traditional sense, compared to their other titles.) If your only experiences are Shadows of the Damned and Lollipop Chainsaw, I can kind of understand your opinion.

I'm pretty sure its something insanely out of place. Japanese devs keep creating while western devs keep milking.

yes, japanese games keep creating
-ff13-3
-ffXV
-only two new ips for wii u
don't know where you've been, but the west has been creating the best games for the last five years and japanese gaming is slowly but surely dying down in comparison, japan makes games that get a 70 and sell 300,000 copies like soul sacrifice, while the west is making games like the last of us and gets a 95 and 3 million copies, not only that, but at e3, western studios are the ones who showed the most new ips -_- a sequel does not mean milking

Oh, please.
Japanese franchises, from Mega Man to Sonic to Castlevania to Final Fantasy to Super Mario Bros, to Zelda, to Tales of [Insert sub-title] are examples of some of the longest running franchises in gaming. Many of them not really changing that much.

Looking at IGN's list of WiiU launch games, every new IP had western developers, except Tank! Tank! Tank! and Nintendoland if that counts as new.

A huge share of the indie scene is western.

Outside of Nintendo platforms, western developers haved dominated this generation. LittleBigPlanet, Gears of War, Journey, Heavy Rain, The Last of Us, Red Dead Redemption, Braid and Limbo to name a few of the GotY nominees.

OMG! Suda51 teaming up with Katsuhiro Otomo (Akira & Steamboy creators)?! Gonna buy it! Don't care if PSN only cause Akira are one of my most fav anime/manga along with Ghost in the Shell, Patlabor, Jin-Roh, and Slam Dunk. Can't wait what Suda and Katushiro's cooking for Ranko Tsukigime’s Longest Day!

I think the bigger news here is that Otomo is coming out with a new film!!!