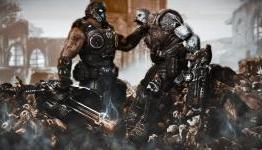 Gears of War 3 and My Brush With Death

Austin recounts his tale of a near fatal brush with death and what led him to go to the Gears of War 3 midnight release mere hours after being released from the hospital, showing you how far a true fan will really go for the love of the game.

levelsave.com
- Comments (3)+ Comments (3)
TopNewestOldest
The story is too old to be commented.

Well that's neat and all but if the story was true why did it take almost 2 years to write this? Sorry, but I'm just not buying it. Appendicitis is hardly a brush with death I might add, especially in the US, or Canada. Mine burst right as they pulled it out. I'd also like to mention that most people aren't exactly ready to go 10 days later. I sure as hell wasn't, and nobody else I know who has had it was ready to go that soon either. Keep in mind this is a kid here. I'm rather doubting the undying love for Gears of War let him ignore the pain in walking, abdominal pain from moving, and carrying a bunch of crap out of the door leaning against a still fresh incision felt very good. Couple that in with the unfortunate randomness of diarrhea, post surgery dry heaving, and sitting upright, or standing for 4 hours? This article screams "love me" while all I can scream back is "fake". Take it from someone who has had appendicitis, 10 days after you can do stuff, but sitting still for 4 hours, drinking nothing but crap, carrying a bunch of junk out against fresh wounds, and the after effects of appendicitis? You aren't doing much, especially outside.

I only recently started to write more personal features, and it never struck me to write this. It burst inside me because I waited so long to go to the doctor and also went to school etc. with it happening. My being a kid is what made me have to be in the hospital so long.