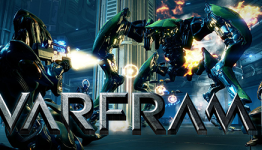 “The PS4 is Incredibly Easy to Work With”: Digital Extremes Talk Warframe, Sony and F2P Games

While at E3, PlayStation LifeStyle got a chance to speak with the Studio General Manager for Digital Extremes, Sheldon Carter, about their upcoming free-to-play PS4 game, Warframe. Find out what this title has in common with the first ever PS3 title to be announced, what development on the PS4 was like, and much more below. - PSLS

Adhttps://www.youtube.com/watch?v=EjfojxXOobE&t=463s
- Comments (28)+ Comments (28)
TopNewestOldest
Expand all
The story is too old to be commented.

Or cut content so that we can finish them quicker!

Warframe on PS4 looks great and with the new DS4 the game is pretty awesome !

Seriously, the only thing I'm limited by will be time. Even if I bought an Xbox OneEighty I wouldn't have the time to play those games either.

Definitely have no choice but to go with one console this time around for many reasons.

I just plan on buying 2 of them so I can get through twice as many games.

These are the titles that will truly make the PS4 worth it. The big titles are going to be great, but the console will be made by the indies.

It's so amazing to see so many MMO/F2P games coming to the PS4 this year.

Well, definitely no excuses anymore. Bring on the games.

hope to see more f2p games in the future, reason i'm getting a ps4 tbh.

The PS4 has already shaped up to be the ultimate gaming console for gamers. I'm glad Sony is getting all this positive feedback from developers! Also, the PS+ subscription should be worth it for dedicated gamers since you get all kinds of free and discounted content. Anyways...

MY buddy is an environment artist on this title. I really gotta give it a try

I would definitely recommend it. I've sunk a good 150 hours or so into the beta already. It's really fun and very original. If you want to play it more than just casually, you'll really need to drop a few dollars into the game in order to buy extra spaces for more weapon and warframe slots. It's not really a bad deal though, as its only a matter of $10 to $20 that you'll need to sink in, and should definitely give you enough for a long-lasting experience.

I'm looking forward to this coming on PS4 as well, cause I have a lot of PSN friends that will want to try this, and as long as Digital Extremes is able to work it out with Sony to keep the PC and PS4 accounts cross-play and/or at least cross compatible, I'll have a lot more people I'll be playing with. If you or anyone else commenting here is interested in gaming together at all before this comes out on PS4, I'm "akiraburn_" on Steam (make sure you add the underscore on my name). I play a lot of this and a bunch of other games on Steam and PSN.

10 to 20 bucks is about the price of a psn title, this seems like the game worth spending a little cash on.

Nice info thanks a bunch. I appreciate it.

@despair, Yeah I'd agree. It's pretty inexpensive given the amount of time you could sink into the game. And the nicest part about these kinds of Free to Play games, is that you can really give the game a pretty thorough trial before deciding if its right for you. You could play for a good 10 or 20 hours without paying into it, realize that you've gotten all you wanted out of it, or decide that its not something you really want to play long term, and there's no money lost. Conversely, you could decide that the game is perfect for you and could drop $250 into the title, setting you up with enough in-game currency for anything you could possibly want for the foreseeable future, and end up on the developer's council on their forums.

At this stage of the game, anyone who pays for a set amount of Platinum makes it so that they'll have a say on a lot of really important decisions for the game's future. The developers still take in all the requests, suggestions and ideas from other players, however the developer council sees things like concept art for new Warframes and helps to decide exactly what powers the new Warframe will have. There's certainly a lot of other decisions they have a part in, but that's just one example. I'm not a part of the council myself, as that's more than I'd be able/willing to spend at this point, but it's interesting regardless. Anyway like I said before, if anyone wants to give this a try feel free to add me on Steam, and I'll almost assuredly be playing this on the PS4 when it releases as long as the player accounts transfer properly.

@Crazay, No problem at all. Glad to help out.

This another reason I'm excited for PS4, so many F2P and games coming through PS plus. You could just buy a PS4 and PS plus and still have a lot to play.

Notice how mmo's are like the regular for the ps4 compared to the ps3. Now u also have indie devs support aswell. The ps4 just has a very well balanced lineup of games & is the reason I believe will be the best playstation platform ever created.
1. Easy to develop for (Something all devs never had with passed playstation platforms)
2. PC devs supporting it which wasnt the case with passed playstation platforms.
3. Indie devs are a big part of ps4/vita & can self publish.
4. Consumer friendly price $399 which is also casual friendly pricing with the best specs out of any console.
5. Has the best lineup of launch games ever on any playstation platform.
6. PS4 has alot of momentum & positive hype surrounding it & is the must get console right now.
It just feels like sony has really learned its mistakes from the ps3 & is humble about the ps4 & has the most support ive ever seen on any console to date. I have a feeling the ps4 is the ps2 but supercharged with way better specs and alot more support this time.

It's gonna be awesome with all these f2p games. If you don't like them don't invest money on them and if you do then you will enjoy the experience that much better.

Agreed. You can enhance the experience a little for yourself and show some appreciation to the devs by throwing a little cash their way. I did that with DC Universe Online and I already know I'll be doing it with Planetside 2. Warframe certainly looks worthy of spending at least a little cash on also.

I've really been excited to read dev reactions to PS4. Sony went out of their way to give devs some say in how PS4 was designed, and I think it's going to pay off big time for them. Having the most powerful console while also being the easiest to develop for should be huge. Not that the One's architecture is nearly as complicated as PS3's was, but from what I've read One's memory structure is a little less straightforward to program for than PS4's while also being weaker, both in the type of RAM and how much RAM will be available after the OS eats up 3GB.

Would be awesome if titles such as: APB: Reloaded, Hawken, Tribes Ascend, made their way to PS4.

Mechwarrior would be nice too. And Firefall.

What are the benefits of doing self publishing?

"When you get to have full creative control and you get to do exactly what you want to do, and the only people you are responsible to are the players of your game, that’s the ideal way to develop. I mean, sometime you have publishing relationships and those can be great, or they can be not so great. This would take that totally out of the equation, and the only thing we care about is making a great game that we like and our players like."..

How many developers had great games that never came out because of publishers? Now on the PS4 we will get some amazing new games in the next few years. Some will be awful and some will be awesome - but developers will have creative freedom!!

Looking forward to remote playing this game later during day 1.

Looking to be another great day for sony fans and years of great gaming to come. Can't help but be excited about ps4 when so many devs sing it praises.

I hope this game is better than DI's last game.

Angels of the Zariman Review - A Wasted Homecoming - Lords of Gaming

The Trade System in Warframe is Perfect

Warframe Angels of the Zariman Launch Trailer and Features Fires Out