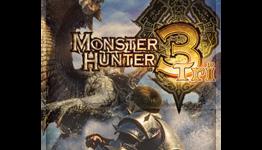 Could Monster Hunter Online Put The Wii U Back In The Race?

The Xbox One and Playstation 4 have been quick to pounce on the MMO genre during E3 but there's a third console in the next-generation race that many already consider to be a total fail. Despite the fact the Wii U is yet to release any real titles on their best IP's there's other avenues available to Nintendo's next-gen console.

Adhttps://n4g.com/General/Sponsored/arise
- Comments (19)+ Comments (19)
TopNewestOldest
Expand all
The story is too old to be commented.

It doesn't have the horsepower for a Cryengine MMO. Who writes this crap? Its more likely to be another F2P offering on PS4/ X1.

Obviously someone more educated than yourself ;)

Shadow of the Eternals uses the CryEngine 3 and the developers said they had 0 problems with it and actually said the engine fully supports the Wii U (This was said over a year ago). So now that argument is out of the way, what's your next debate?

Considering previous and recent titles have only been available on Nintendo devices, there's actually a good possibility this could be true.

Running an MMORPG is far more taxing than running a standard game; that's why the graphics are less detailed or operate at lower frame-rates compared to a single-player game with the settings cranked right up. Also Shadow of the Eternals is vapourware that had its kickstarter canned. Shouldn't be using that as a citation or example for anything other than how to ruin a game's development.

If you think that a 1.2 GHZ triple core broadway CPU and a 4650 GPU can run a 2013 next gen MMORPG, you are totally delusional. Stuff like ESO, Planetside 2, are only possible on next-gen boxes because of the RAM pool and GPUs. Even then the ports will struggle with CPU bound functions (though the PS4 will have compute units on the GPU for CPU functions).

So, yes, I know what I'm talking about. I've been playing MMORPGs since the MUD days and I've been a PC gamer before consoles even existed (but I do love consoles, let it be known).

you say a lot of technical stuff but you let your fanboyism get to your vision.

The CryEngine 3 100% supports Wii U and seeing as the MH series has made its home on the Wii, 3DS and Wii U, it isn't that far fetched to assume Monster Hunter Online may make it's way there!

Do your research before you comment. Crysis 3 was running "beautifully" on Wii U according to Crytek but was axed because of bad business between EA and Nintendo.

And as CaptainCamper already mentioned Shadow of the Eternals uses Cryengine on Wii U.

Dude the PS3 is running FF14 a next gen mmo which runs on SE next gen engine, so why wouldn't the WiiU which is more pawerfull then the ps3 run a cry engine base mmo.

FFXIV on the PS3 is very much downgraded from its PC version.

Is the recommend specs for MHO, if you want it to run smoothly. ( http://www.dualshockers.com...

A 1.2 GHZ triple core broadway CPU and a 4650 GPU shouldn't have a problem running it. Regardless of specs, the developers will tweak the MMO so that it can run in a WiiU environment.

Just look at games like FF11 and FF14 any other console mmo. These games get tweak so that they are playable on a console.

Please kid grow up wiiu has Havok next gen built into every devkit ie compression x10 so a potential 10GB ram on any game Havok said as much a while ago,WiiU cant handle mmo on cryengine please......

you do realise the original wii ran a very good looking mmo right dq10? hmmm someone must not pa attention.

As awesome as it sounds I don't think it will sell the system outside of japan...

Processors
Main article: Espresso (microprocessor)
CPU: IBM PowerPC 750-based tri-core processor "Espresso"[3] clocked at 1.24 GHz.[81]
GPU: AMD Radeon High Definition[3] processor codenamed "Latte" with an eDRAM cache built onto the die[82] clocked at 550 MHz.[81]
The Wii U CPU is designed by IBM. It is described by IBM as an "all-new, Power-based microprocessor",[83] the processor is a multi-core design manufactured at 45 nm with an eDRAM cache. Neither Nintendo nor IBM has revealed detailed specifications, such as the number of cores, clock rate, or cache sizes. References have been made to the chip containing "a lot" of eDRAM and "the same processor technology found in Watson".[84] The Wii U CPU is produced by IBM at their 300 mm semiconductor manufacturing facility in East Fishkill, New York.[83] Both the CPU and the GPU are on one MCM.[82]
RAM
2 GB total, consisting of four 512 MB (4 Gb) DDR3-1600 DRAM chips at 12.8 GB/s total bandwidth, with 1 GB reserved for the operating system and unavailable to games[85] from wiki, personally i think this game would run

Would love to see this game on the Wii U but it's highly unlikely. I would welcome MH4 or the MMO for the Wii U but seeing as MH3 was only released a couple of months back this won't be happening any time soon.

Would be great if Capcom were working on a Wii U specific Monster Hunter title rather than a port, seeing the X game in action just makes me wish Monster Hunter was going to evolve in that direction.

Isn't this game being made on PC as well? I so it will do a lot better on the PC space in my opinion than it would on a console. Either way it will not sell the system outside of Japan.

It's made *only* for PC. This game has absolutely nothing to do with the Wii U to begin with. The writer is daydreaming.

I'd rather play it on the PC. That's what it was designed for. We don't have any Monster Hunter games on the PC in English.

Considering that it's NOT a Wii U game (and probably will never be, since the game is made in China) no.

It's funny how this misinformed good writes " However, if Nintendo were able to retain exclusive rights for the Monster Hunter Online MMO"

They can't "retain" any exclusive rights to the MMO, since they don't have any rights to it to begin with.

The tree of ignorance never ceases to bear fruit.

Monster Hunter Online – Tencent will work with Capcom on other games